If we look at histograms and jitter plots for the two-group model and the three-group model (below) you can get a sense of why this is. By adding more categories for height we are able to reduce the error variation around the mean height for each group. 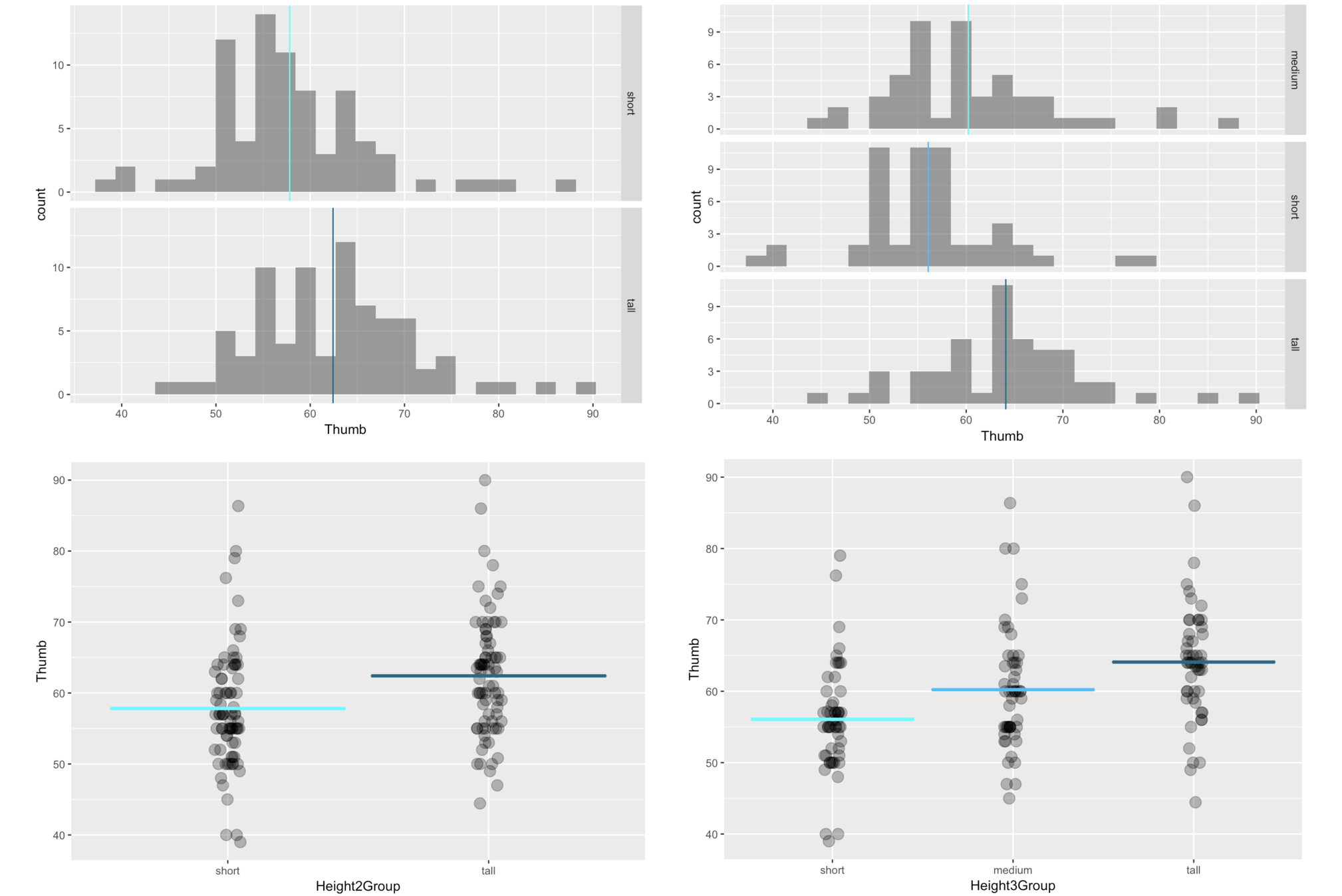 In general, the more parameters we add to a model the less leftover error there is after subtracting out the model. Because we have said, many times, that the goal of the statistician is to reduce error, this seems like a good thing. And it is, but only to a point.

Let’s do a little thought experiment. You know already that the three-group model explained more variation than the two-group model. The four-group model would explain more than the three-group. And so on. What would happen if we kept splitting into more groups until each person was in their own group?

There are two problems with this. First, remember that our goal is to model (and understand) the Data Generating Process. So, even if we fit our data perfectly with our model, it would not cover all the people who are not in our sample. Second, part of understanding is simplifying. If we have as many parameters as we have people, we haven’t simplified anything. In fact, we have introduced a lot of complexity.

This is a limitation of PRE as a measure of our success. If we get a PRE of .40, for example, that would be quite an accomplishment if we had only added a single parameter to the model. But if we had achieved that level by adding 10 parameters to the model, well, it’s just not as impressive. Statisticians sometimes call this “overfitting.”

There is a quote attributed to Einstein that sums up things pretty well: “Everything should be made as simple as possible, but not simpler.” A certain amount of complexity is required in our models just because of complexity in the world. But if we can simplify our model so as to help us make sense of complexity, and make predictions that are “good enough,” that is a good thing.

7.8 Extending to a Three-Group Model 7.10 The F Ratio
Responses
close