Finally, let’s examine the fit of our regression model by running the supernova() function on our model. And at the same time, let’s compare the table we get from the regression model (Height.model) with the one we produced before for the Height2Group.model. 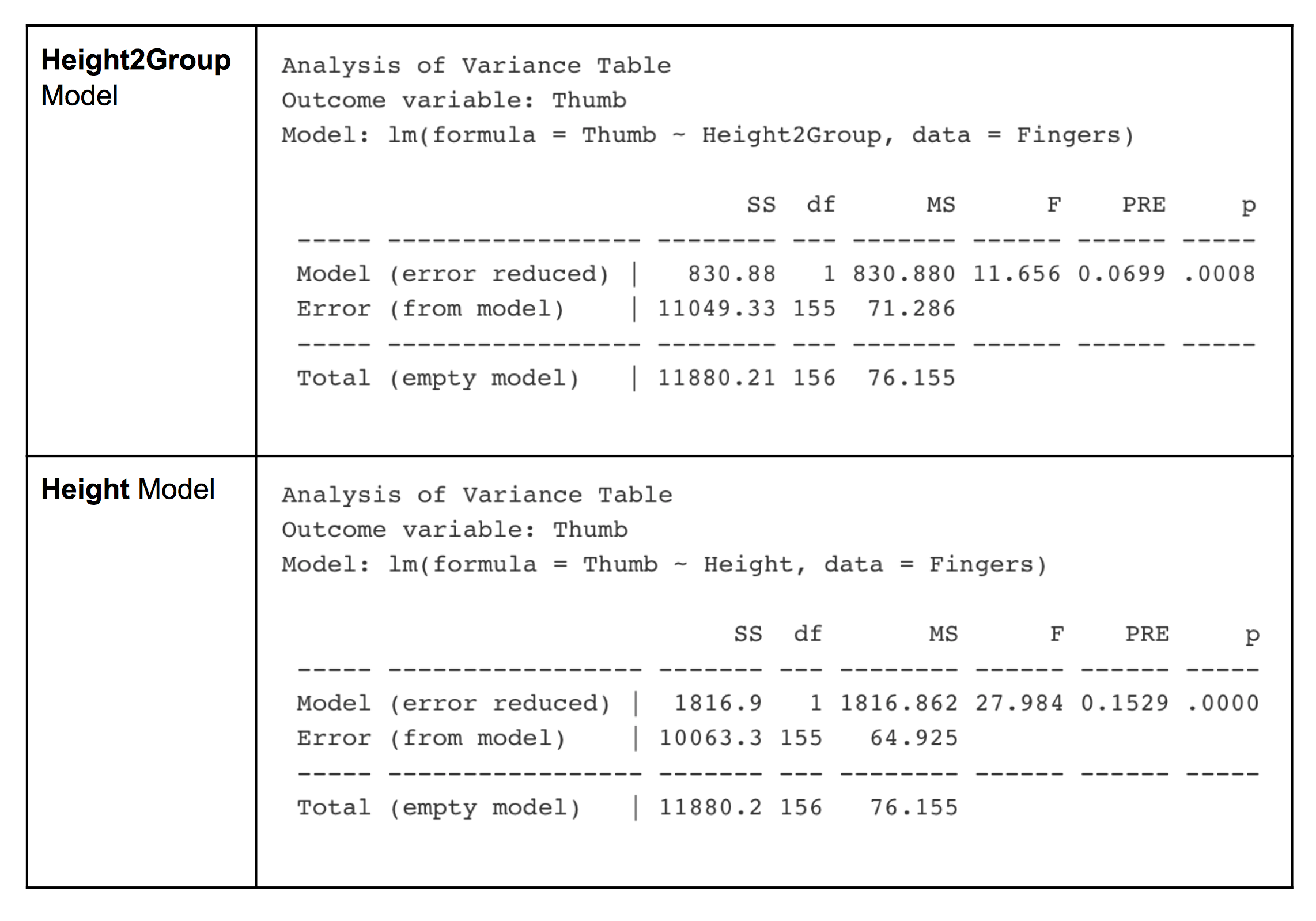 If you want to follow along with the video, you can use this link (http://www.rossmanchance.com/applets/RegShuffle.htm) and then paste in these data.

For any model with an explanatory variable (what we have been calling “complex models”), the SS Total can be partitioned into the SS Error and the SS Model. The SS Model is the amount by which the error is reduced under the complex model (e.g., the Height model) compared with the empty model.