Note: After each guess click on the Check Guess button—it will tell you what the true Pearson’s r is, and how far off your guess was. Click the box that says Track Performance, and see if you get better at guessing correlations.

(Practice until you are fairly confident in your ability. These are fun problems to include on exams!) 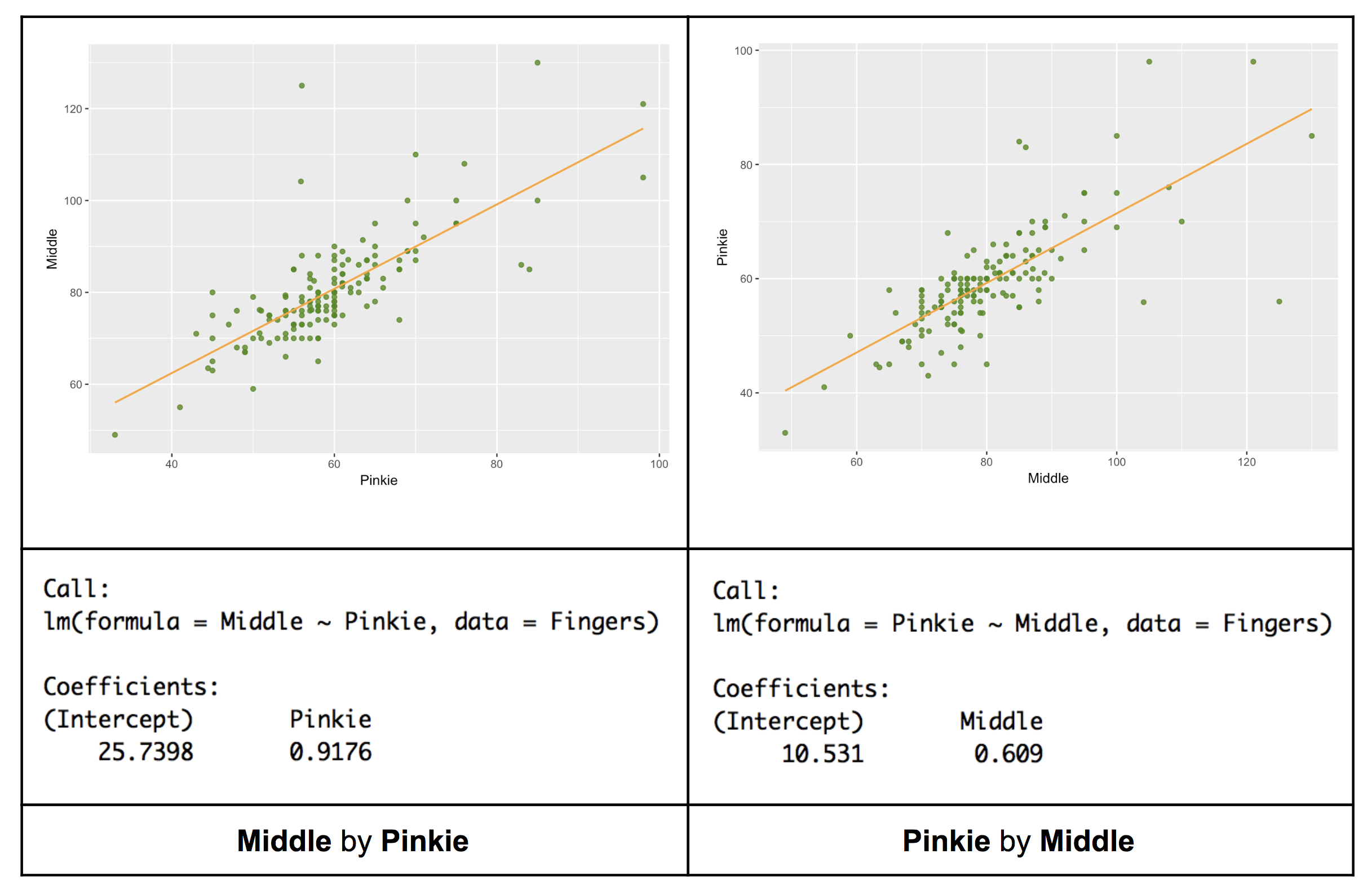 Finally, if you square Pearson’s r you end up with PRE!

Try taking the correlation and squaring it in this DataCamp window. Will we get .1529?

The result is exactly the PRE you got running supernova() on the Height model!

That’s why PRE, in the context of regression, is referred to as \(R^2\). \(R^2\) is just another name for PRE which tells you the percentage of total variation (SS Total) that is explained by the regression model (in this case, Height).

And finally, remember that Pearson’s r is just a sample statistic, only an estimate of the true correlation in the population.