Distributions of Means Versus Individual Scores

Think back to the simulations we looked at to understand the Central Limit Theorem (CLT). Recall that populations were always more variable than sample means. After all, sample means are “middles” and the middles will cluster together more than individuals. It is more likely for an individual person to have a longer-than-average thumb than for a random sample of more people to all have longer-than-average thumbs.

Remember, sample means vary less—and thus sampling distributions are less variable—than the populations they come from. The same reasoning is important to keep in mind as we consider how likely it would be that a single randomly selected person would have a score outside the 95% confidence interval. That probability would be well higher than 5%, because it would be calculated in relation to the assumed population distribution of individuals, not the sampling distribution of means.

Also whenever you hear about a chance or probability, it’s a good idea to ask: What is the 100% or “whole”? And what part of the whole does the 5% refer to?

Other Levels of Confidence

The higher the confidence required, the larger the interval will have to be. Let’s think through the reason for this.

Recall that to construct the 95% confidence interval, we wanted the most extreme population parameters where our sample would still be considered “likely” (either one of the highest or lowest of the likely sample means). That’s why we drew cutoffs at the upper and lower .025 of the relevant sampling distributions. In the picture above you can see that the lower bound sampling distribution would have a .025 chance of generating an estimate higher than our sample estimate. 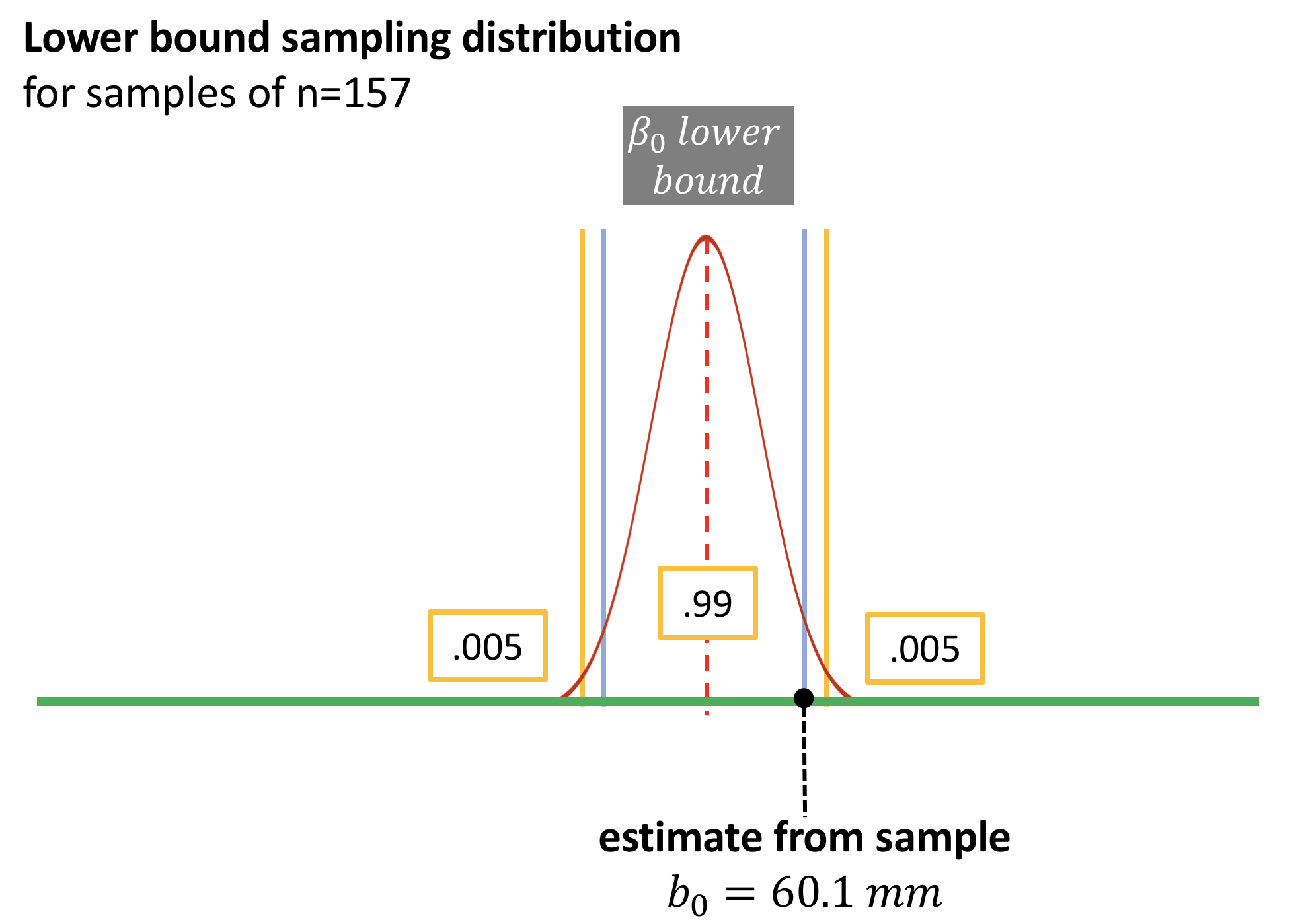 To construct the 95% confidence interval, we’ll add in the higher bound sampling distribution. 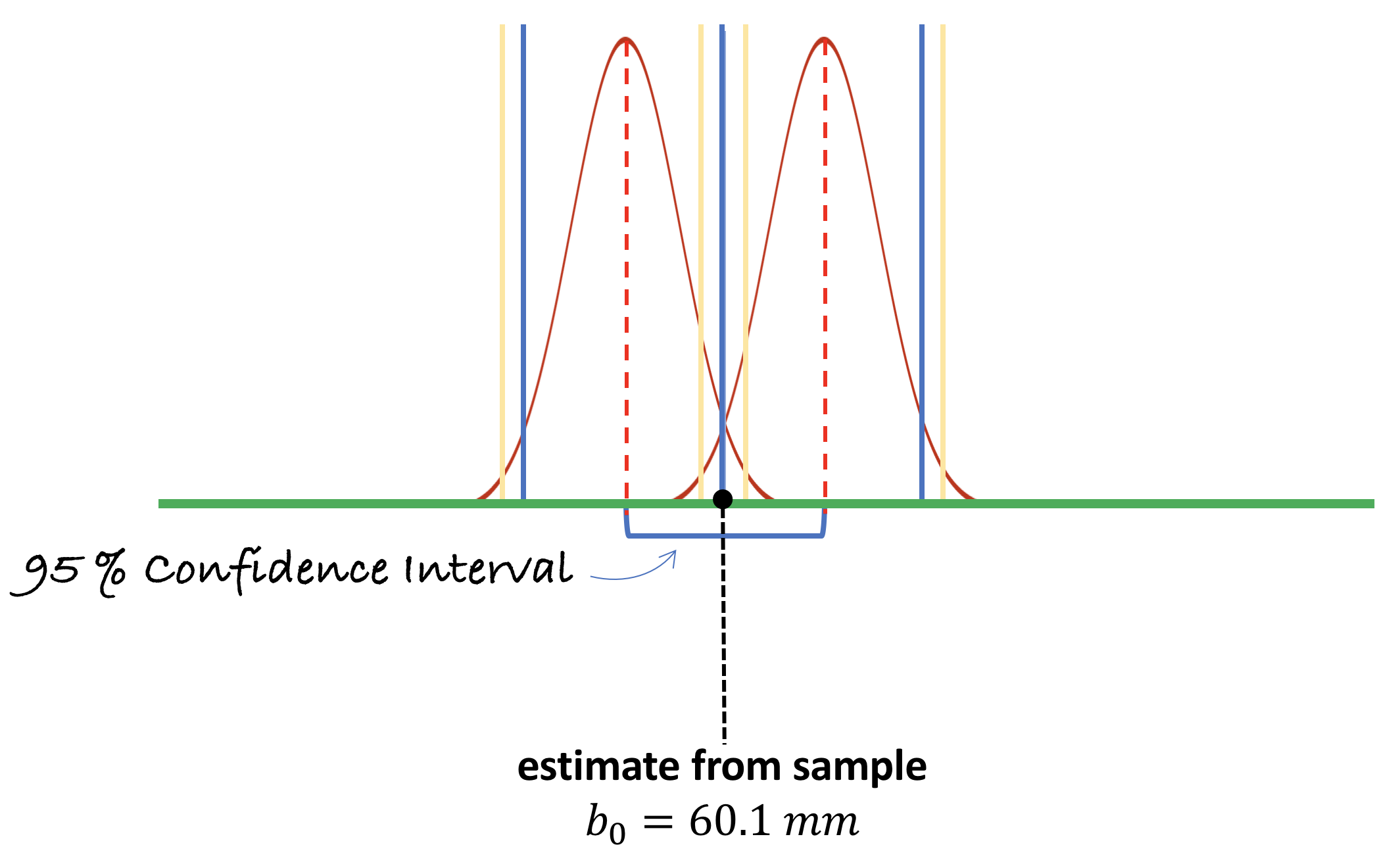 If our definition of “likely” was changed to 99% from 95%, we would have to push the lower bound down and the upper bound up (or, push the sampling distributions apart) to make our sample estimate fall right at the “unlikely” boundary. That way, our sample would fall on the yellow rather than the blue boundary.