Sampling From a Population

There are two fundamental decisions that underlie a sampling scheme. First, we must decide what to include in our universe of objects to be measured. This seems straightforward. But, it is not. When we decide which objects to include, we are saying, in effect, that these objects are all examples of the same category of things. (See the wonderful book, Willful Ignorance, for an in-depth discussion of this point.) This category of things can be referred to as the population. The population is usually conceptualized as large, which is why we study only a sample.

Every sample we take—especially if they are small samples—will vary. That is, samples will be different from one another. In addition, no sample will be perfectly representative of the population. This variation is referred to sampling variation or sampling error. Similar to measurement error, sampling error can either be biased or unbiased. 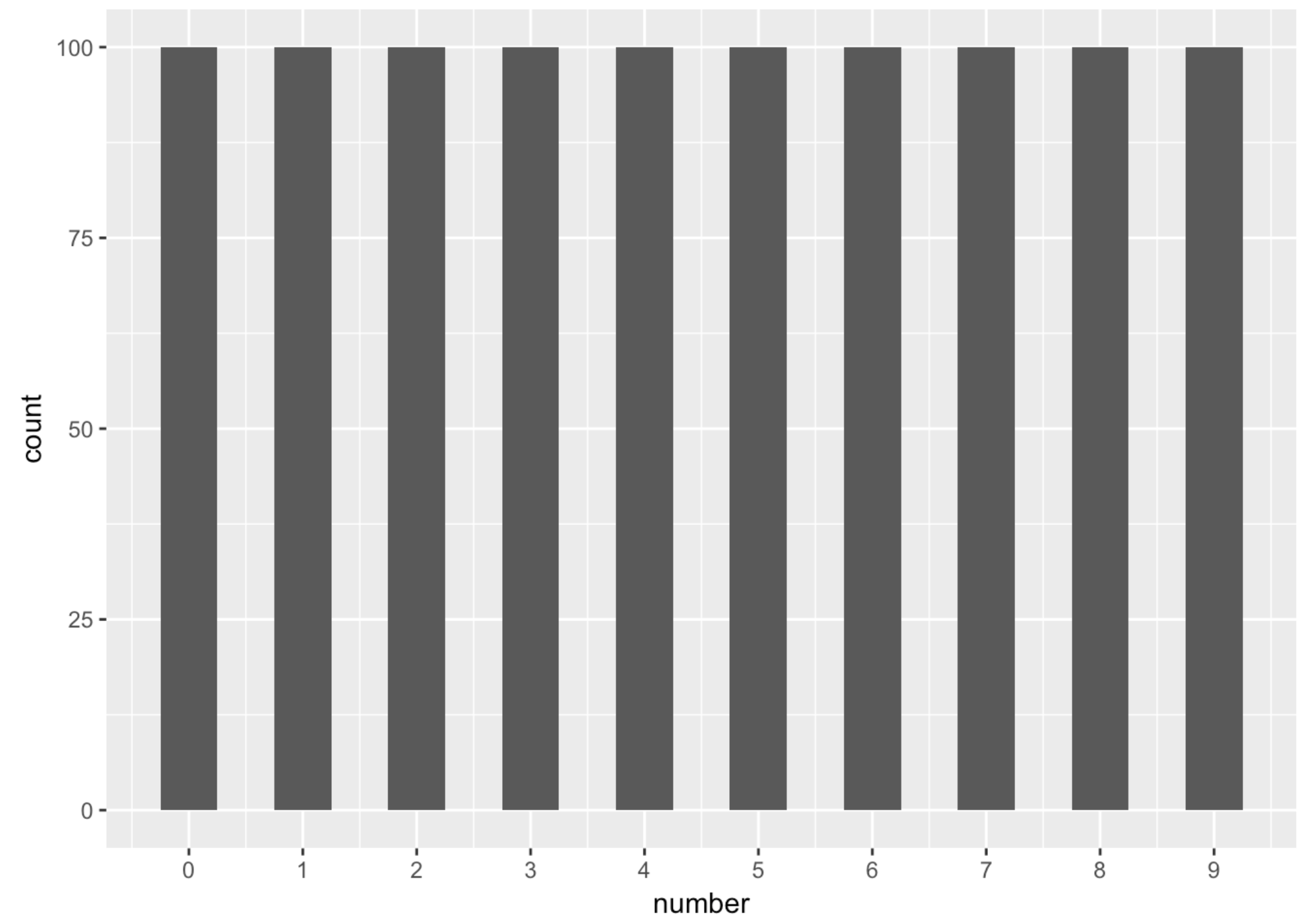 Run the code to take a random sample of 10 from fakepop data frame and save it in a new data frame called randomsample. We’ve also included some code to create a histogram but don’t worry about that part. We’ll build histograms together in Chapter 3. 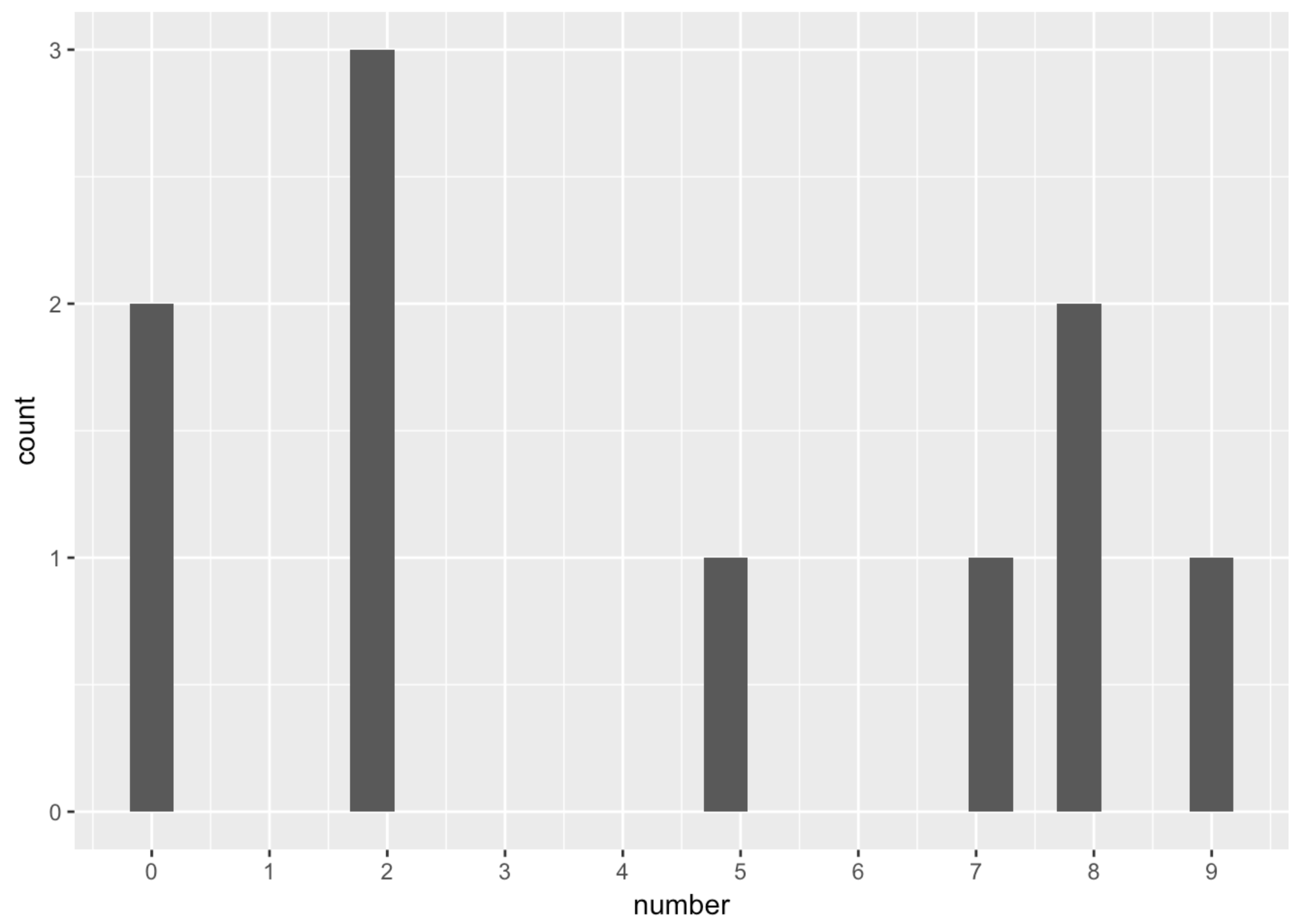