The Back and Forth Between Data and the DGP

You can probably imagine a few different possibilities! That’s great. Having some expectations about the DGP (whether they are right or wrong) helps us interpret any data that we actually do collect.

Both of these moves are important. Sometimes we have no clue what the DGP is, so we must use the bottom up strategy looking for clues in the data. Based on these clues, we generate hypotheses about the DGP.

Our understanding of the DGP is usually quite fuzzy and imperfect, and often downright wrong. But there are some DGPs we have a good understanding of. Some well known examples of random processes are those associated with flipping coins or rolling dice.

Dice provide a familiar model for thinking about random processes. They also provide another example for thinking about the related concepts of sample, population and DGP. In most research, we are trying to understand things we don’t already know so we go bottom-up as we start with a sample and try to guess what the DGP might be like. With dice we have the luxury of going top-down, starting with the DGP, simply because we know what it is. 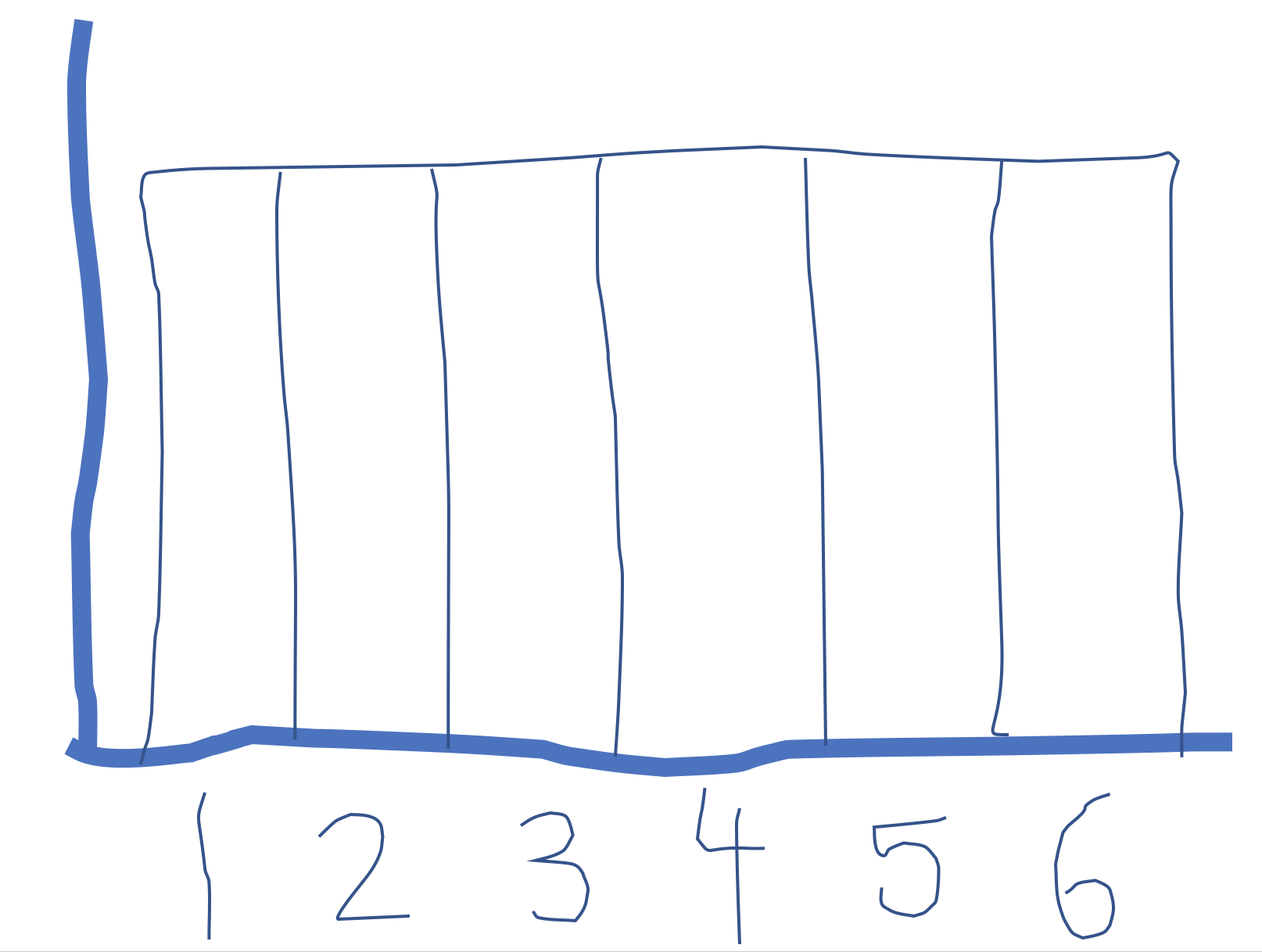 Most people imagine that if we ran this DGP (die rolling) for a long time, the resulting population distribution would be uniform (see sketch above), with each of the digits from 1 to 6 having an equal probability of occurring. This expectation is based on our understanding of how dice rolls work.

First, let’s create a simulated die in R. We’ll create a variable called model.pop. It is a model in the sense that each of the numbers 1 to 6 appears only once, just like an actual dice. We will use it to model the population (hence the name model.pop).

We then will save model.pop in a data frame called dicerolls. The function data.frame() will take in vectors and turn them into a data frame with variables.

Write code to create a density histogram of the variable model.pop with just six bins (we don’t need the default 30 bins because there are only six possible numbers). As always, feel free to play with colors using the arguments color and fill. 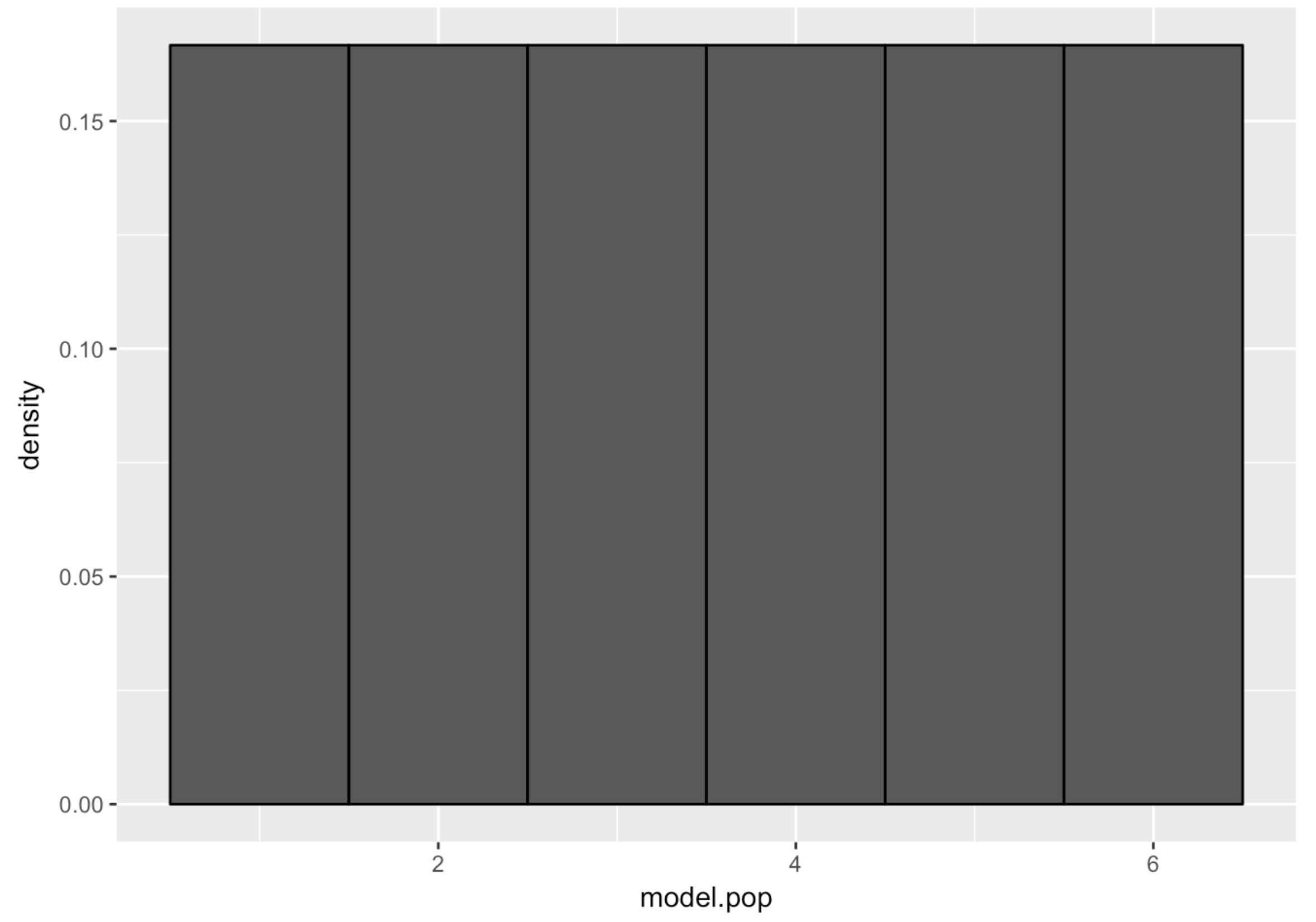 This is telling R to randomly take one number from the numbers in model.pop, of which there are six. We ran it and got the following output. Turns out our simulated die rolled a 2.

The command resample() works a different way; it samples with replacement, which means that once it samples one number from the population of 6, it replaces it so that it can be sampled again.

3.3 The Data Generating Process 3.5 The Back and Forth Between Data and the DGP (Continued)
Responses
close