Note that you can also use the function arrange() to sort but that will sort the entire data frame. We just wanted to be able to see the sorted weights in a row so we just used sort() on the vector (MindsetMatters$Wt).

Now that we have sorted the weights, we can see that the minimum weight is 90 pounds and the maximum weight is 196 pounds. In addition to knowing the minimum and maximum weight, it would be helpful to know what is the number right in the middle of this distribution. If there are 75 housekeepers, we are looking for the 38th housekeeper’s weight because there are 37 weights that are smaller than this number and 37 that are bigger than this number. This middle number is called the median.

There is a function called favstats() (for favorite statistics!) that will quickly summarize these values for us. Here is how to get the favstats for Wt from MindsetMatters.

There are a lot of other numbers that are generated by the favstats() function but let’s take a look at Min, Median, and Max for now. By looking at the median weight in relation to the minimum and maximum weight, you can tell a little bit about the shape of the distribution. 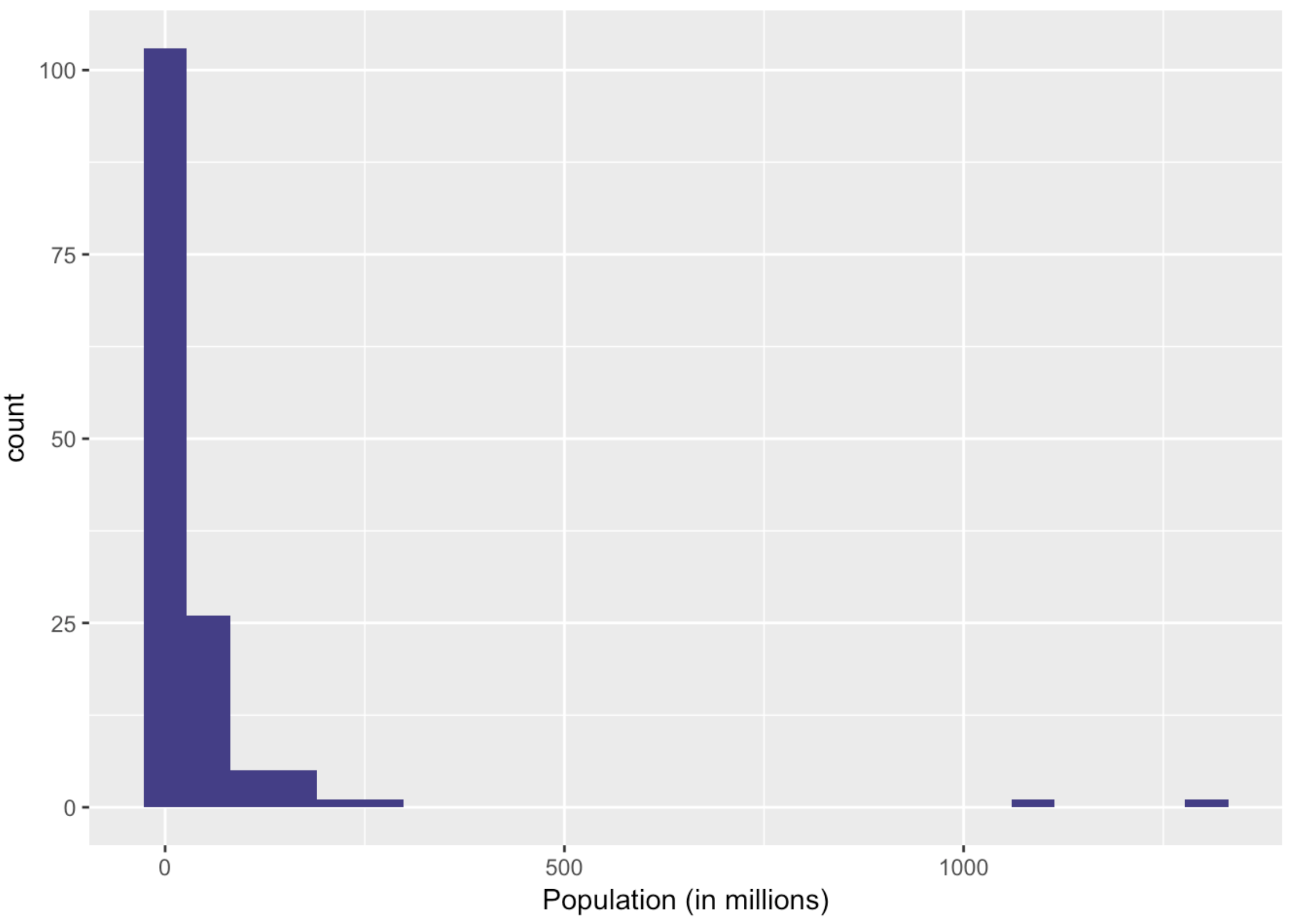 Quartiles and the five-number Summary

In order to demarcate where a quartile begins and ends, statisticians have given these cut points (the orange lines) boring names: Q0, Q1, Q2, Q3, Q4.

The distance between the max and min gives us range, a quick measure of how spread out the values are in a distribution. Based on the numbers from the favstats() results above, use R as a calculator to find the range of Wt.

There is no one right way to do it. After all, deciding on what an “outlier” is really depends on what you are trying to do with your data. However, the statistics community has agreed on a rule of thumb to help people figure out what an outlier might be. Any data point bigger than the \(Q3 + 1.5*IQR\) is considered a very large outlier. Anything smaller than the \(Q1 - 1.5*IQR\) is considered a small outlier.