You may or may not have heard the terms “outcome variable” and “explanatory variable.” We will use these terms throughout, but if you’ve taken statistics before, or read any research reports, you will no doubt have encountered a number of different terms used to represent the same distinction. Some of these are presented in the table below.

In the MindsetMatters data frame, we have the results of an experiment where a researcher informed a randomly chosen group of housekeepers (41 of them) that the work they do satisfies the Surgeon General’s recommendations for an active lifestyle (which is true), giving them examples to illustrate why their work is considered good exercise. The other 34 housekeepers were told nothing. 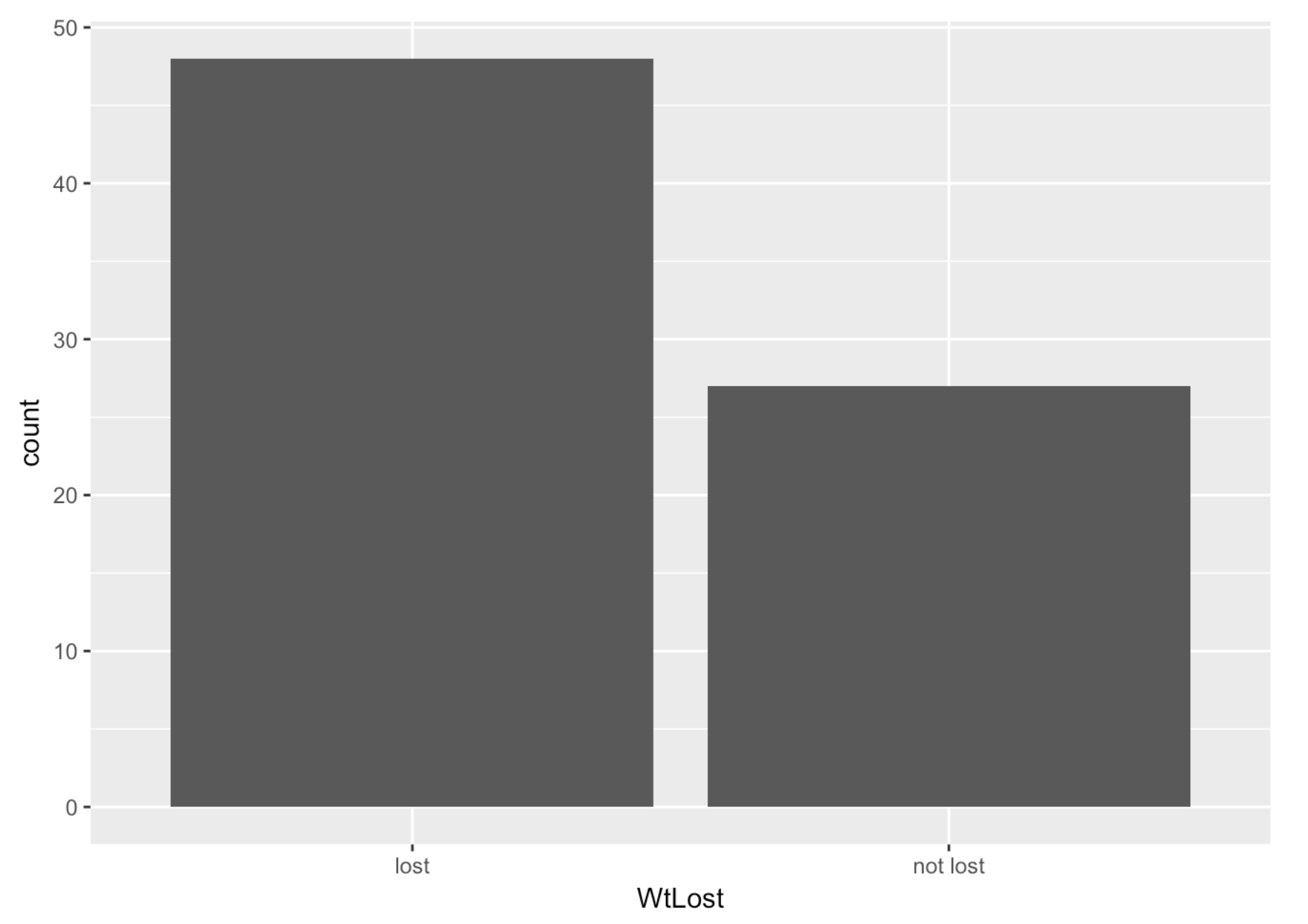 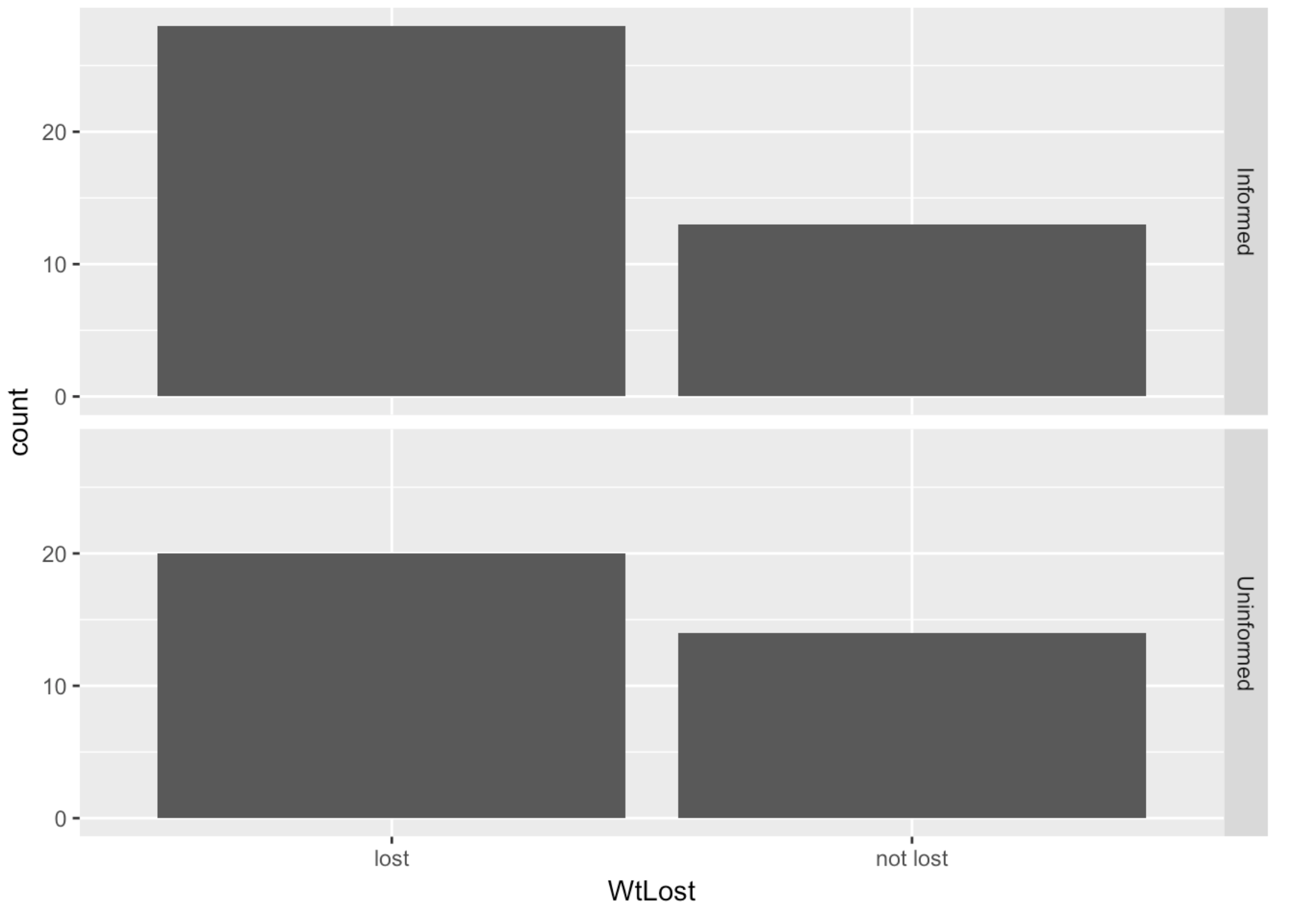 There is a real limitation in this graph. Because the sample sizes are different between the two groups, you have to look at the relative difference in percentage of housekeepers who lost weight between the two groups, mentally controlling for the difference in sample size. If these were histograms we would just use a density histogram instead. But R doesn’t make it easy to do this for bar graphs.