Modeling a Distribution as a Single Number

Building on this concept of model, let’s now develop what we mean by a statistical model. Whereas in the previous section we were building a model to help us estimate the area of the state of California, we now want to build a model that will enable us to characterize a distribution. We want to use the model to make predictions about what the next observation added to a sample distribution might be. For now we will consider only a single outcome variable. Later we will extend our concept of statistical model to include explanation of variation in an outcome variable with variation in explanatory variables.

At its most basic level, a statistical model can be thought of as a single number. (I know; that sounds even simpler than rectangles and triangles.) The question to ask is this: if you had to pick one number to represent an entire distribution, what would it be? Or, thought of in a different way: if you wanted to predict what the next randomly chosen observation would be, what would be your prediction? 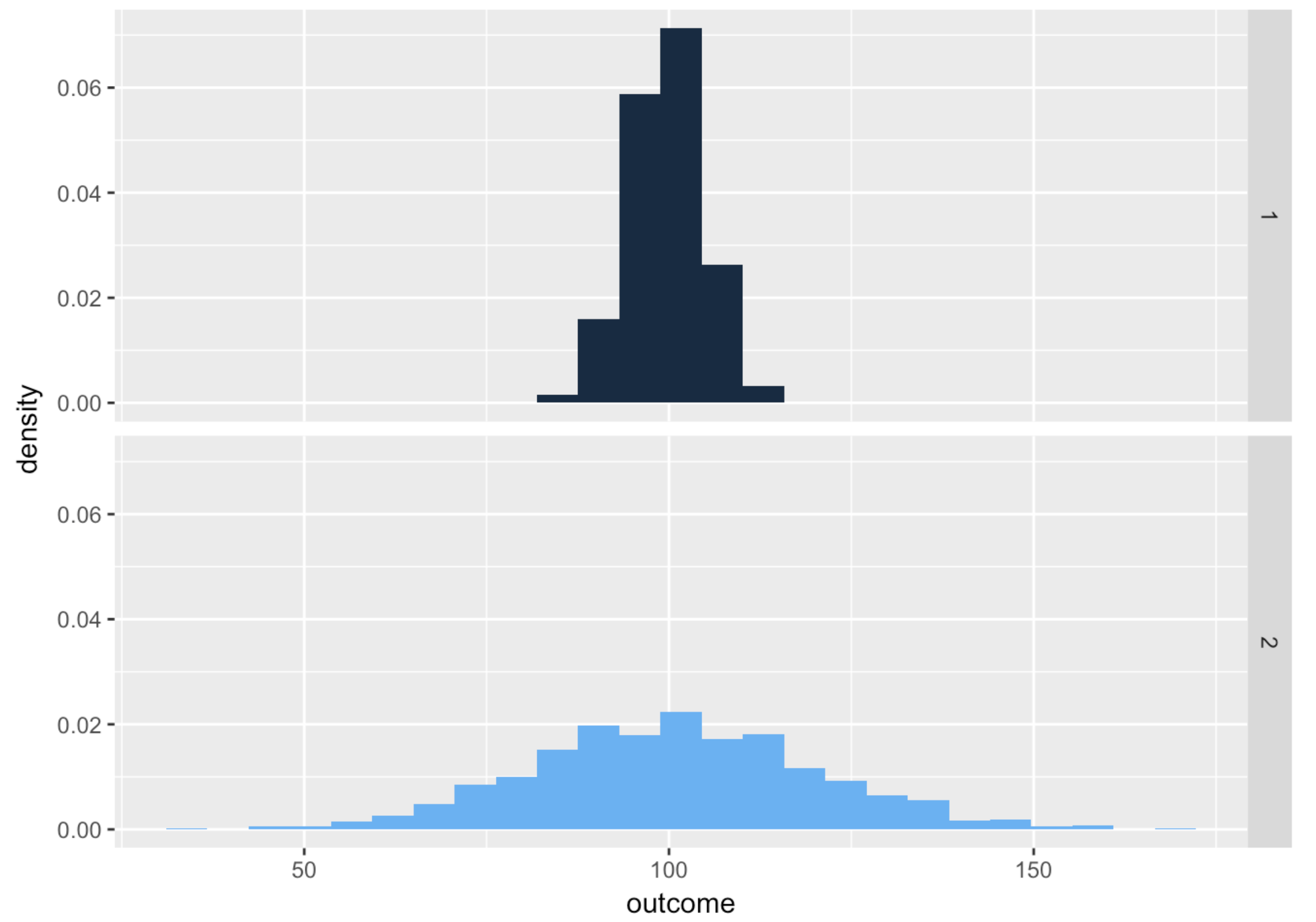 The idea of modeling a distribution as a single number gives us a more concrete and detailed way of thinking about our models. Whereas we thought about the California example like this:

AREA OF CALIFORNIA = AREA OF GEOMETRIC FIGURES + OTHER STUFF

5.0 What is a Model, and Why Would We Want One? 5.2 The Mean as a Model
Responses
close