The Mean as a Model

Having developed the idea that a single number can serve as a statistical model for a distribution, we now ask: which single number should we choose? We have been talking informally about choosing a number in the middle of a symmetric, normal-shaped, distribution. But now we want to get more specific.

In R, these and other statistics are very easy to find with the function favstats(). Create a variable called outcome and put in these numbers: 5, 5, 5, 10, 20. Then put that variable into a data frame called TinyData. Finally, run the favstats() function on the variable outcome.

If you want you can save output of favstats() into an R object. Although you can name it whatever you want, it might be helpful to use a rule of thumb like the variable name and the phrase “.stats” after it.

On the other hand, we know nothing about the Data Generating Process (DGP) for these numbers. The fact that there are only five of them means that they likely don’t represent very well what the underlying population distribution looks like. The population could be normal or uniform in which case the mean would be a better model than the median. The point is, we just don’t know. 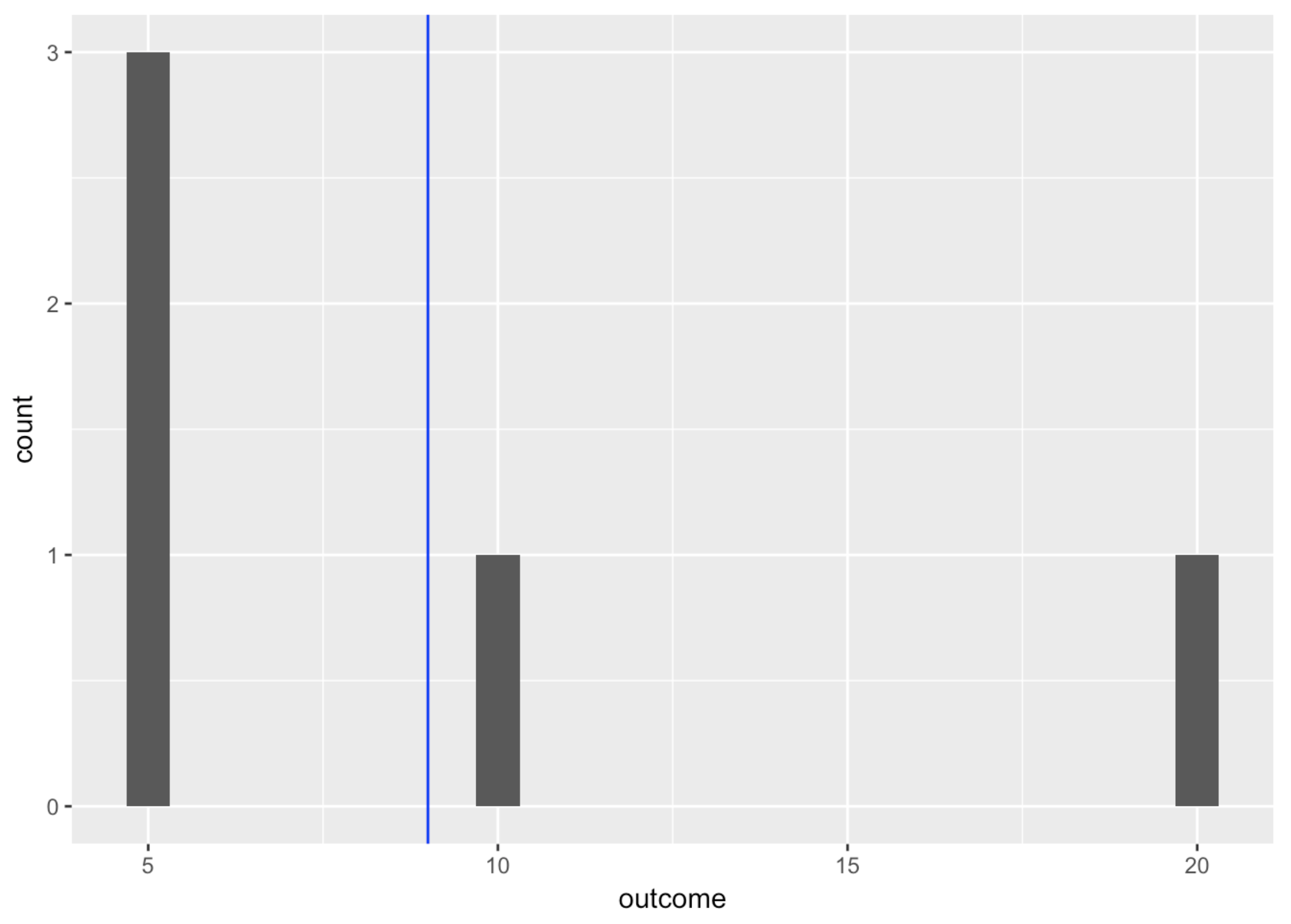 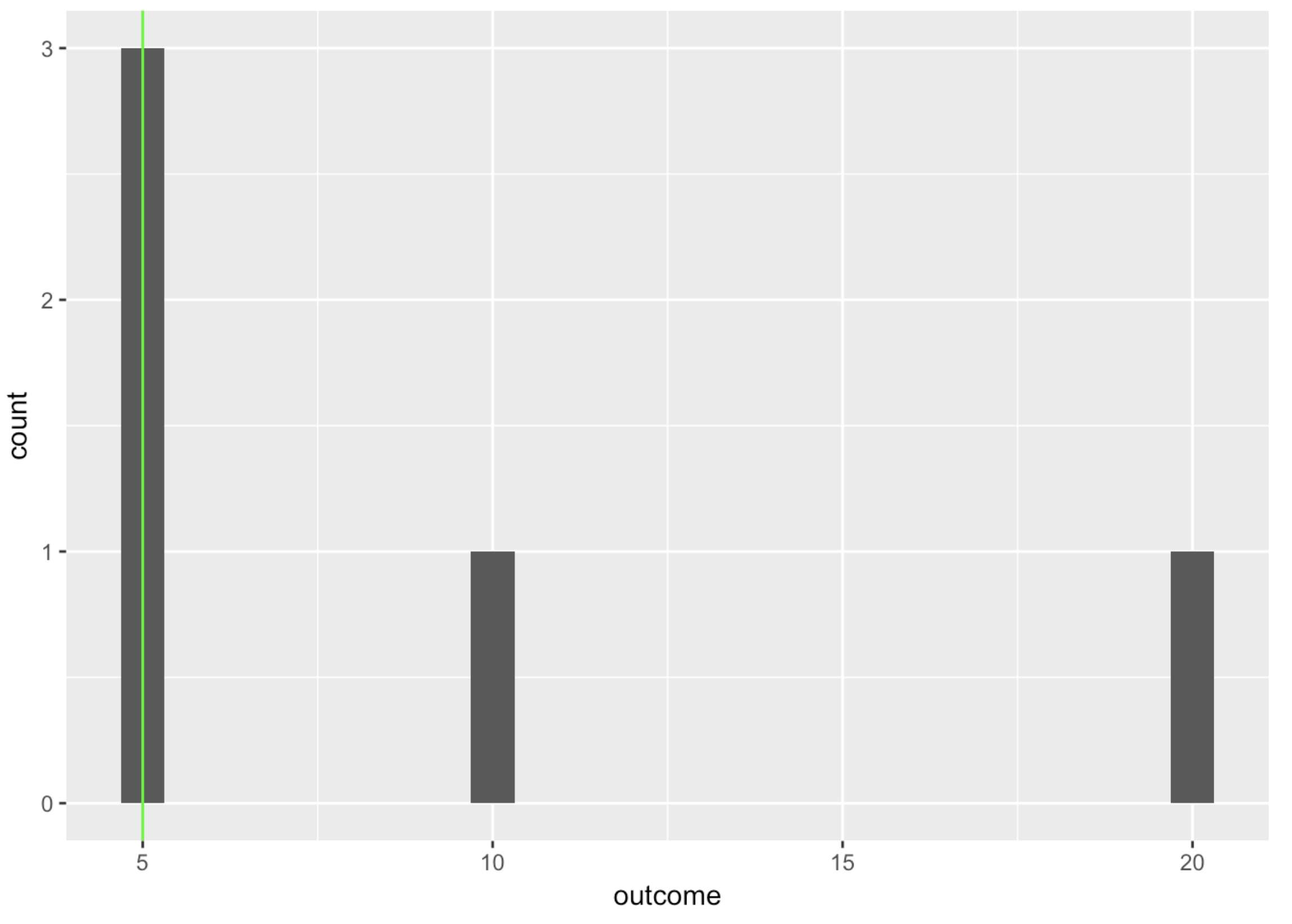 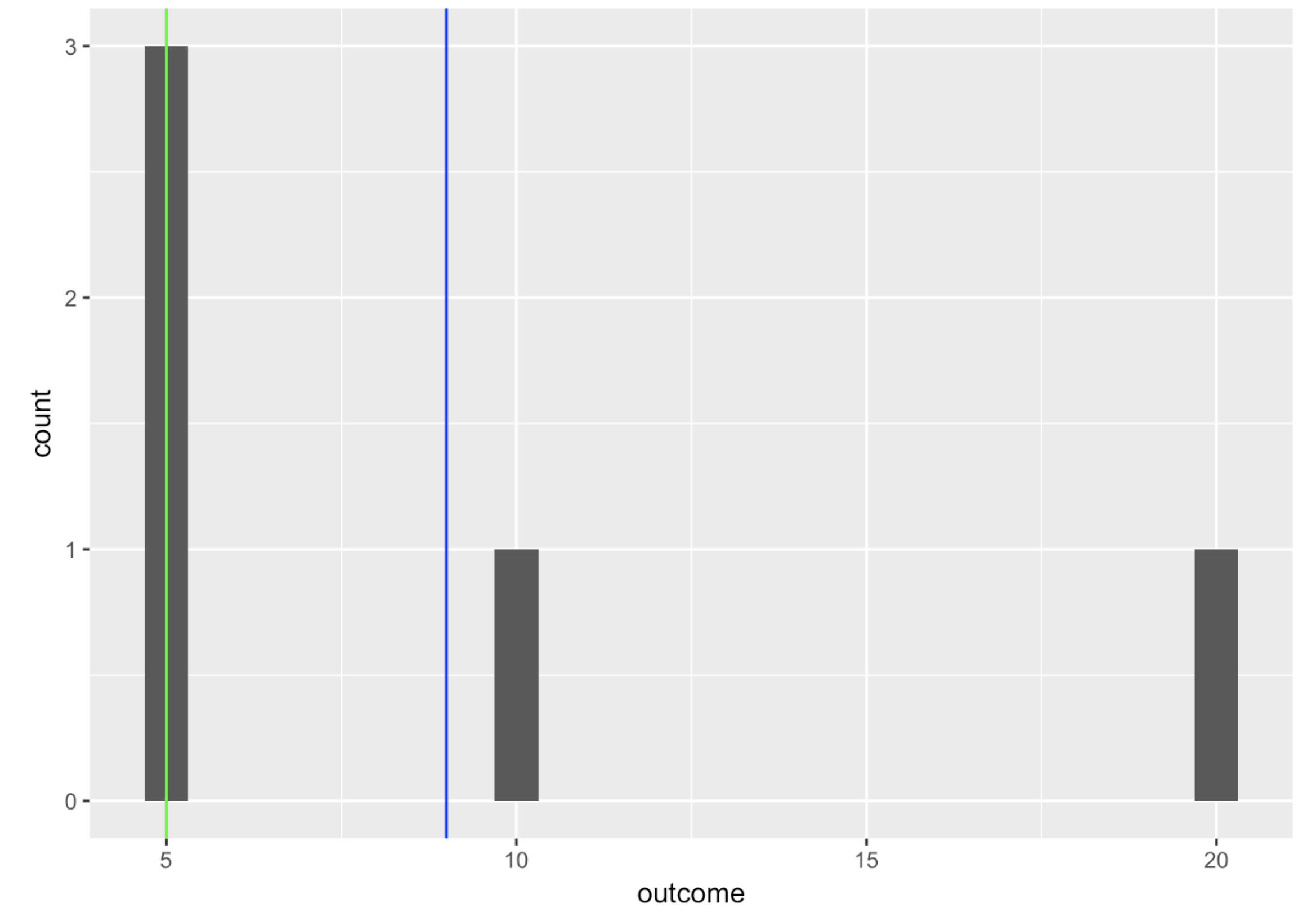 It’s pretty easy to understand how the median is the middle of a distribution, but in what sense is the mean the middle? One way to think of the mean is as the balancing point of the distribution. But what does it balance? What is even on both sides of the mean? 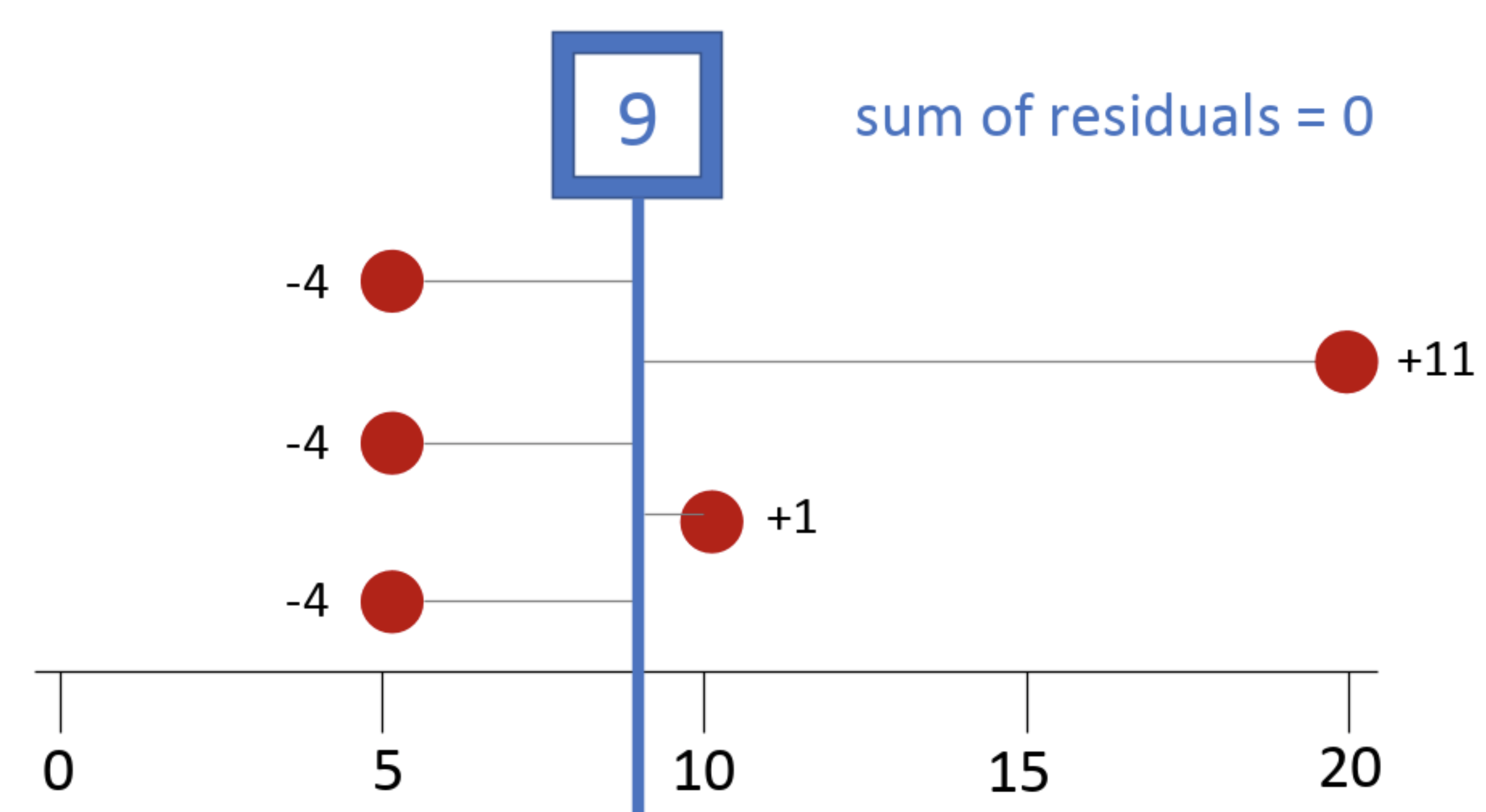 It turns out that no number other than the mean (not 8, not 8.5, not 9.1!) will perfectly balance the deviations above the mean with those below the mean. Whereas the magnitude of a score—especially an outlier—won’t necessarily affect the median, it will affect the mean because that outlier point has to be balanced with the other points in the data. Every value gets taken into account when calculating the mean.