Modeling the Shape of the Error Distribution

We quantify error because, fundamentally, it tells us how well our model fits the data. When our model is the mean, SS, variance, and standard deviation are useful because these are all minimized at the mean. And minimizing error is our number one priority as statisticians. The less error, the more variation is explained by the model. 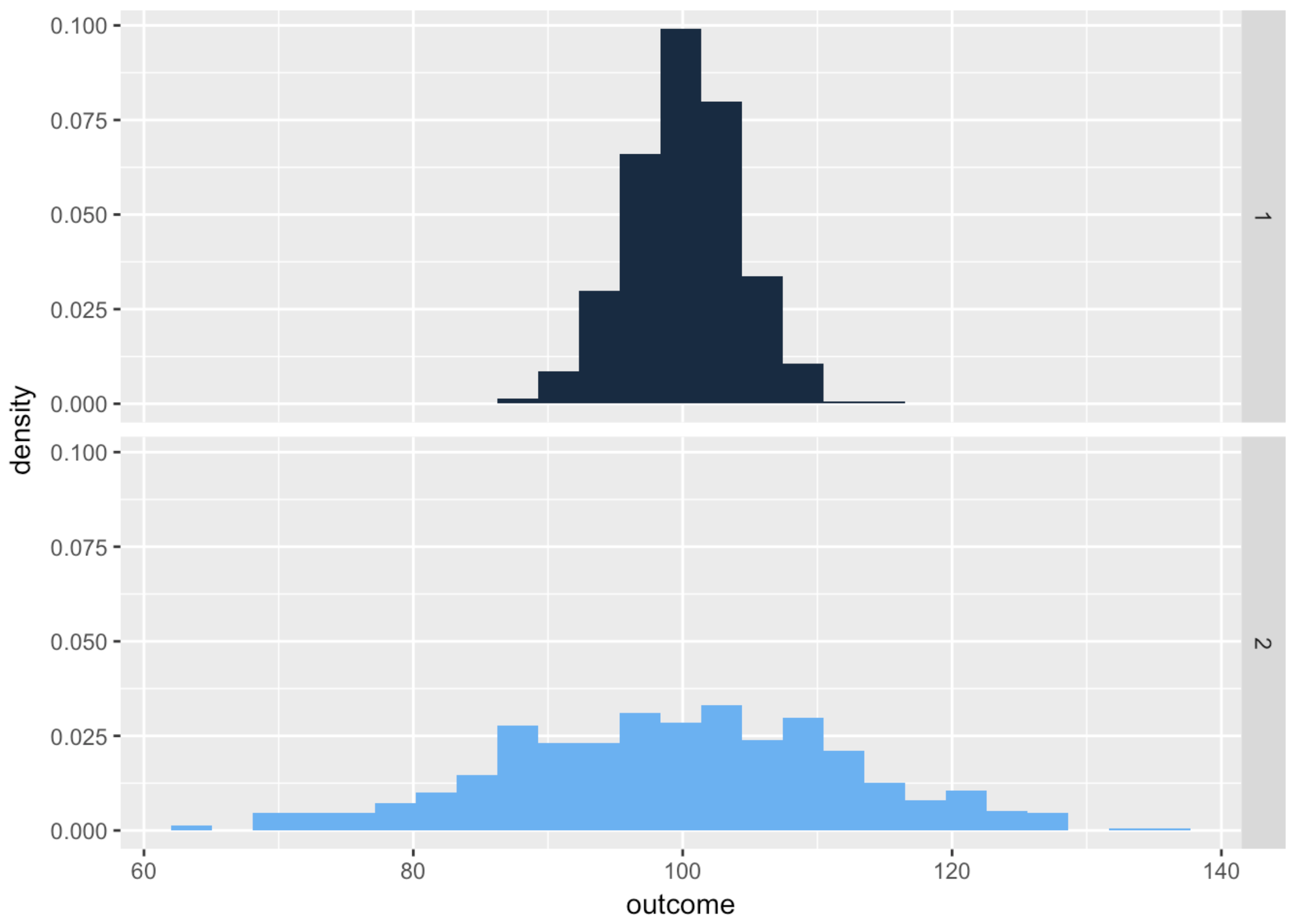 If we are willing to make more detailed assumptions about the shapes of the distributions, we can use those assumptions to calculate the probability not just of the next observation being above or below the mean, but also the probability of the next observation being greater than, or less than, any other score, not just the mean.

But what if you wanted to calculate the probability** that the next observation would be greater than 110?**

Here is the code to do that for a data frame called somedata2 that holds the data for Sample 2 shown in the histogram above.

We will use a combination of functions to look at a few lines of the data frame somedata2, zeroing in on just the columns outcome and greaterthan110.

It’s always a good idea to look at the data to make sure your code did what you thought it was going to do. In this case, it looks like it did. You can see that for row one, the value of outcome was 100.92764, which is less than 110, and the value for greaterthan110 is FALSE. That lines up. Row 6 is has a value of outcome is greater than 110, and sure enough, it has TRUE as its value for greaterthan110.

Next, we need to get a tally of these TRUEs and FALSEs. Write code to get the tally of greaterthan110 (both as a frequency and as a proportion).

Let’s apply these ideas to the Empty.model that we created before from the Fingers data frame. In that empty model, we modeled thumb lengths as the mean (60.1 mm) plus error. The error can either be modeled as the residuals around the mean, or as the variation around the mean. In either case, the distribution is the same, except that when we model the residuals, the mean is going to be 0. 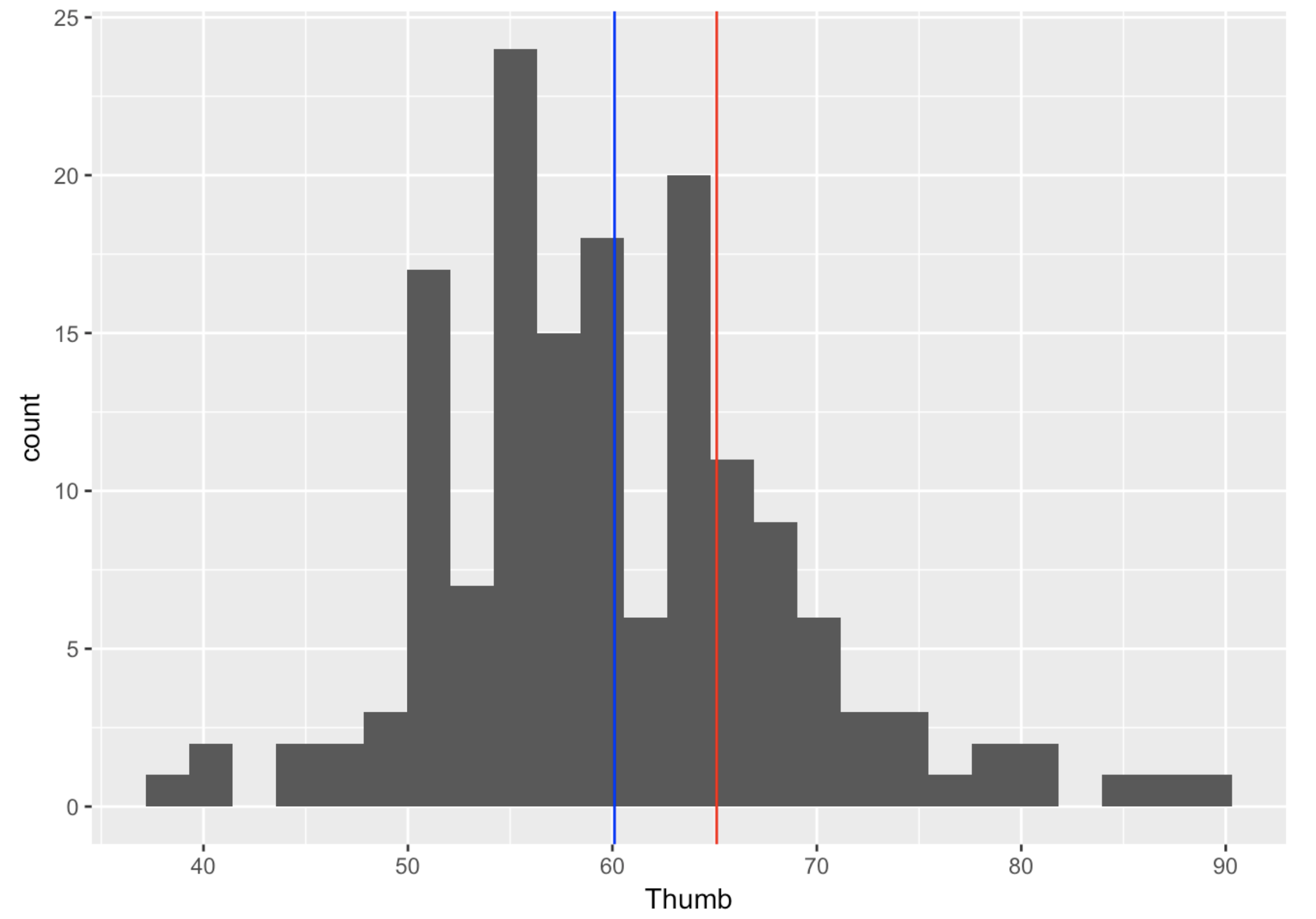