Here are two formulas that represent the standard deviation:

There are actually a few different ways you can get the standard deviation for a variable. One is the function sd(), obviously. But you can also square root the variance with a combination of the functions sqrt() and var(). Yet another, and possibly more useful, way is to use good old favstats(). Try all three of these methods to calculate the standard deviation of Thumb from the larger Fingers data frame.

We have discussed three ways of quantifying error around our model. All start with residuals, but they aggregate those residuals in different ways to summarize total error.

All of them are minimized at the mean, and so all are useful when the mean is the model for a quantitative variable.

Thinking About Quantifying Error in MindsetMatters

Below is a histogram of amount of weight lost (PoundsLost) by each of the 75 housekeepers in the MindsetMatters data frame. 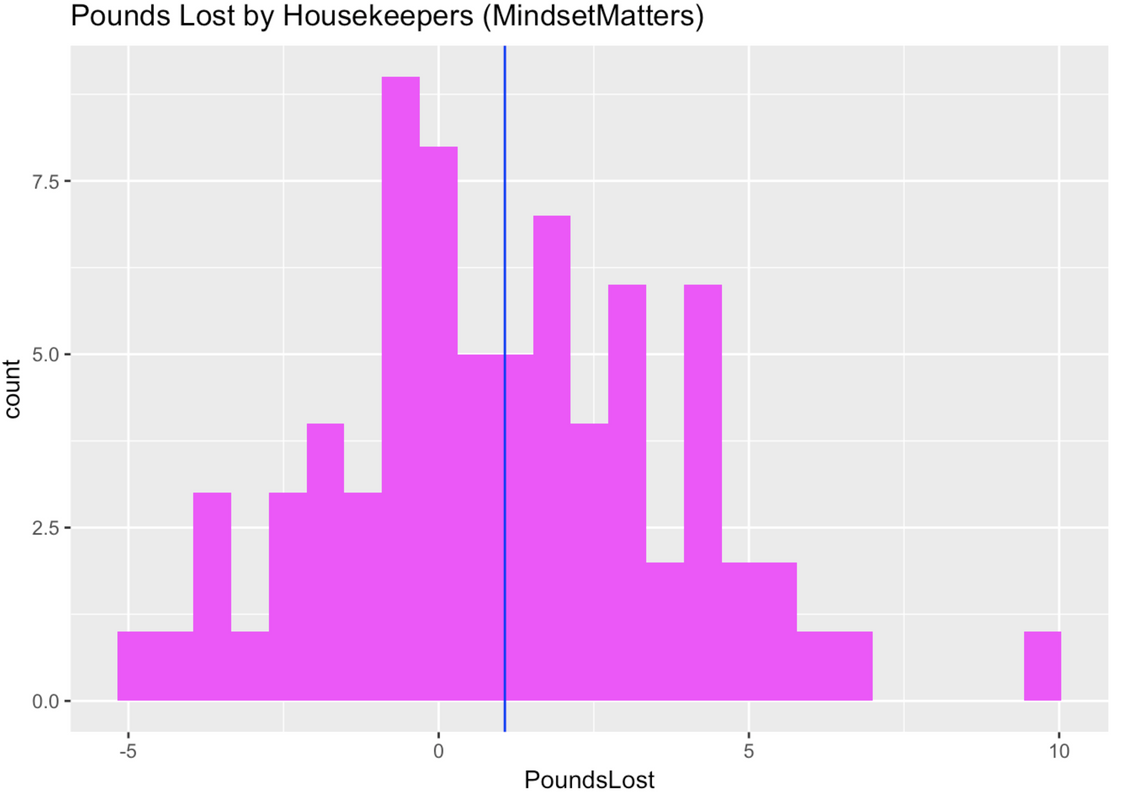 Use R to create an empty model of PoundsLost. Call it empty_model. Then find the SS, variance, and standard deviation around this model.

There are multiple ways to compute these in R, but here is one set of possible outputs.

Finally, we also use different symbols to represent the variance and standard deviation of a sample, on one hand, and the population (or DGP), on the other. Sample statistics are also called estimates because they are our best estimates of the DGP parameters. We have summarized these symbols in the table below (pronunciations for symbols are in parentheses).

Variance is the mean squared error around the empty model. It is an average of the squared deviations from the mean. In tables, it may be shortened to be “mean square” or “MSE”. You now know that just means variance. Remember in the output (see below) from the supernova() function the column headed “MS”? That is, in fact, the variance.