12.3 Specifying and Fitting a Multivariate Model

We can see from visualizations of the data that a model that includes both Neighborhood and HomeSizeK might help us make better predictions of PriceK than would a model including only one of these variables. We can write this two-predictor model as a word equation: PriceK= Neighborhood + HomeSizeK + Error. Let’s now see how we would specify and fit such a model.

Although it may look more complicated, on closer examination you can see that it is similar to the single-predictor model in most ways. \(Y_i\) still represents the outcome variable PriceK, and \(e_i\), at the end, still represents each data point’s error from the model prediction. And, it still follows the basic structure: DATA = MODEL + ERROR.

Let’s unpack the MODEL part of the equation just a little. Whereas previously we had only one X in the model, we now have two (\(X_{1i}\) and \(X_{2i}\)). Each X represents a predictor variable. Because it varies across observations it has the subscript i. To distinguish one X from the other, we label one with the subscript 1, the other with 2. The first of these will represent Neighborhood, the second, HomeSizeK, though which X we assign to which variable doesn’t really matter.

We can also write this model substituting the variable names for the Xs:

Although there are several mathematical ways to do this, you can imagine the computer trying every possible combination of three numbers to find the set that results in the lowest Sum of Squares (SS) Error.

It’s a bit like we are cooking up some model predictions and we’ll need to add a little of X1 (HomeSizeK) and a little of X2 (Neighborhood). The best fitting estimates tell us how much of each to add (or subtract) in order to produce the best possible prediction of PriceK. 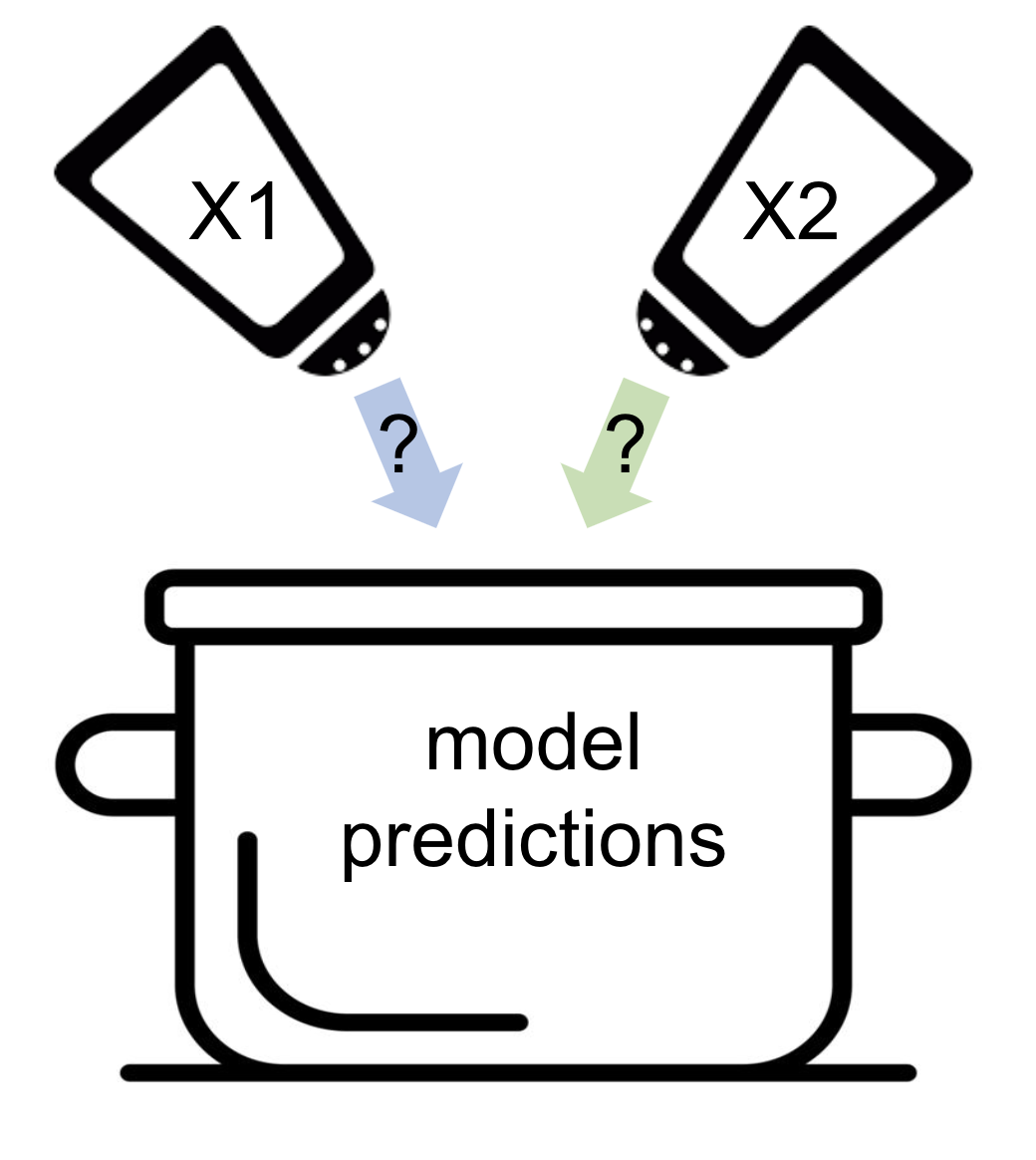 Now enter the lm() code into the window below and run it to get the best fitting parameter estimates for the two-predictor model.

In some ways, this output looks familiar to us. Let’s try to figure out what these parameter estimates mean.

Using the output of lm(PriceK~ Neighborhood + HomeSizeK, data = Smallville), we can write our best fitting model in GLM notation as:

We also can write the best-fitting model like this, which will help us remember how Neighborhood is dummy coded: