In R, these and other statistics are very easy to find with the function favstats(). Create a variable called outcome and put in these numbers: 5, 5, 5, 10, 20. Then, run the favstats() function on the variable outcome.

If you want, you can save output of favstats() into an R object. Although you can name it whatever you want, it might be helpful to use a rule of thumb like the variable name and the phrase _stats after it.

When you save the results of favstats(), you end up with a data frame where the columns are the different summary statistics. If you just wanted to output the mean of outcome_stats, you could write outcome_stats$mean. R thinks of mean as a variable in the data frame outcome_stats. R does this because a data frame is a handy way to organize and label a bunch of numbers like our favstats. 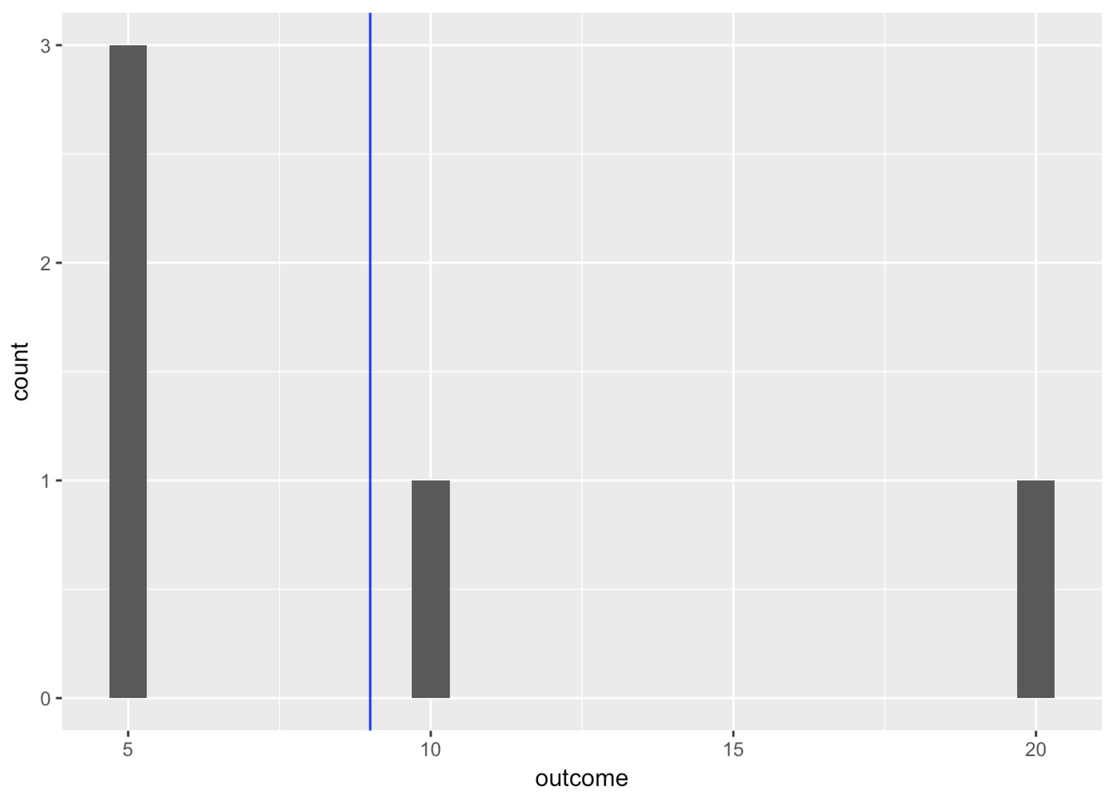 Try modifying this code to draw a green line for the median using the favstats you’ve saved in outcome_stats. 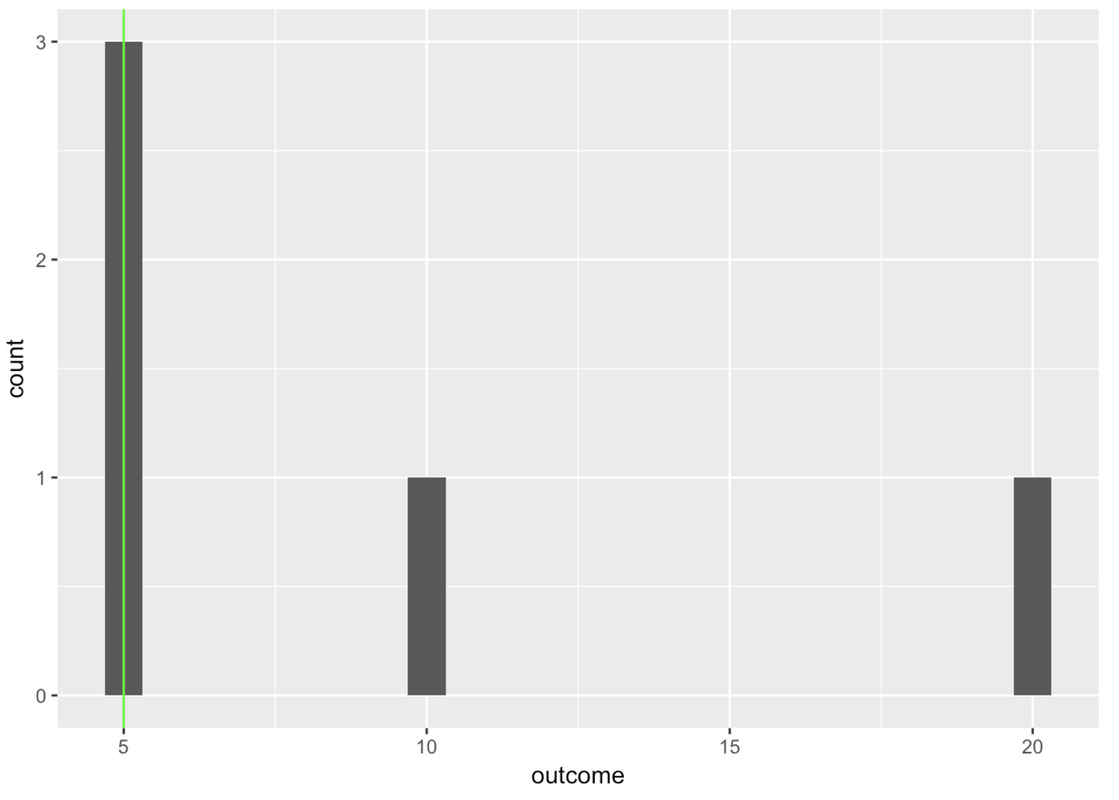 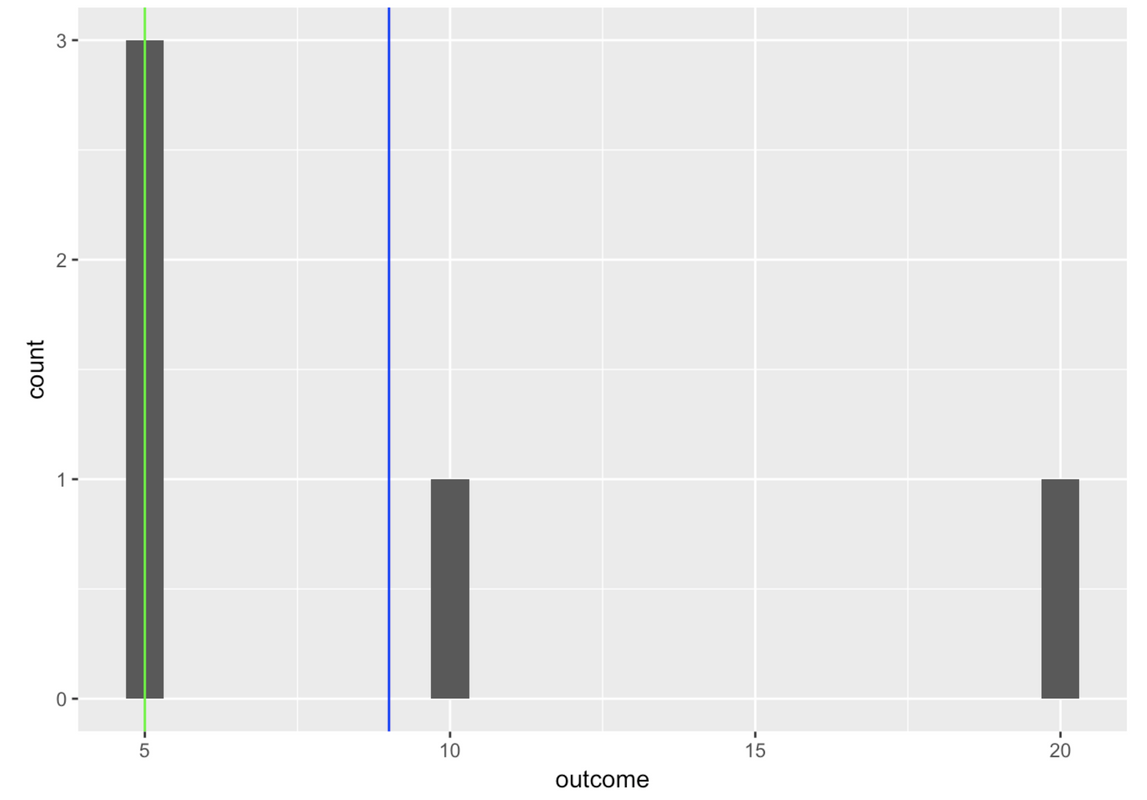 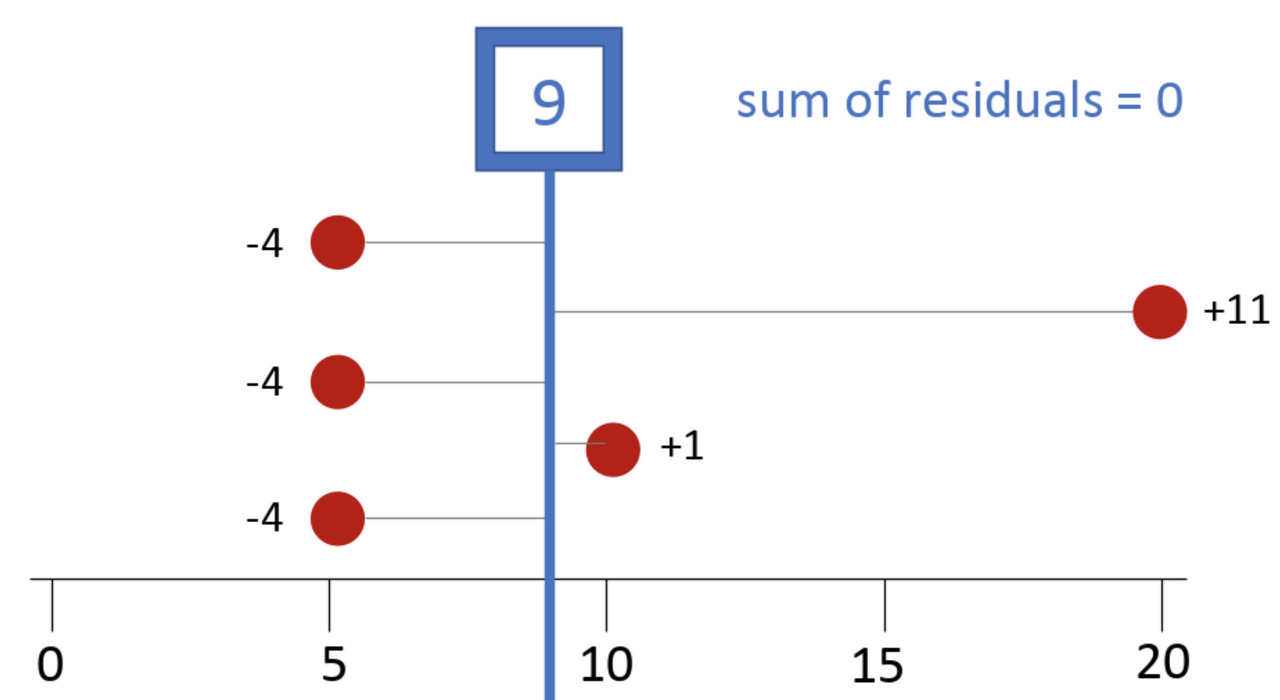 5.2 Modeling a Distribution as a Single Number 5.4 Fitting the Empty Model
Responses
close