10.4 A Confession, and the t Distribution

There is one more thing, though. You might also be wondering—why don’t they just shorten the name of that confidence interval function to confint() rather than confint.default()?

The t distribution, like the standard normal distribution, is a mathematical probability function that is a good model for sampling distributions of the mean. It’s just a little more variable, that’s all.

Let’s try to think about what this distance would be if we used the t distribution instead of the z distribution. In other words, what would the critical t score be? Would it be bigger or smaller than 1.96?

A function called xqt() will take in the proportion you would like to see in one tail (e.g., .025) and the degrees of freedom (which, for now, will be n-1) and tell you the critical t score—the margin of error, in units of standard error.

For a very large sample (like 1,000 data points), this code will return something very close to 1.96 (check the R Console as well as the plot). 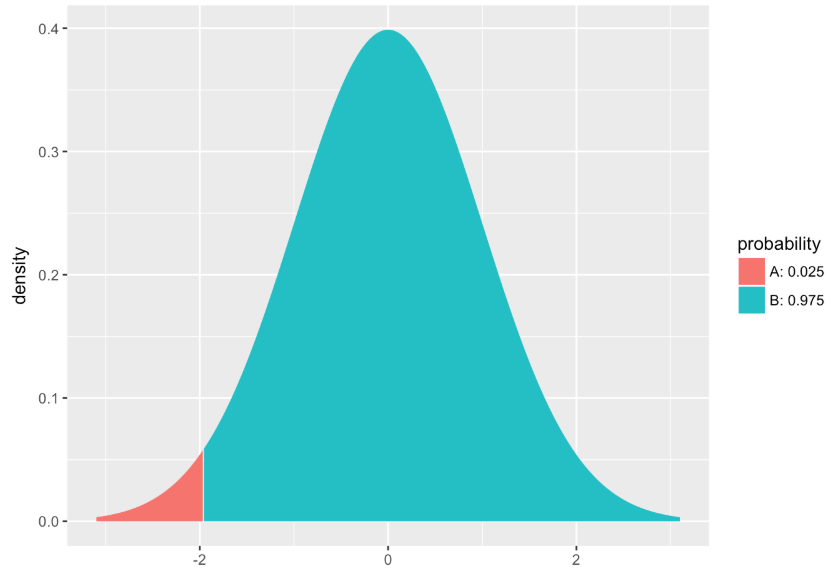 Let’s try that. Run the code below. 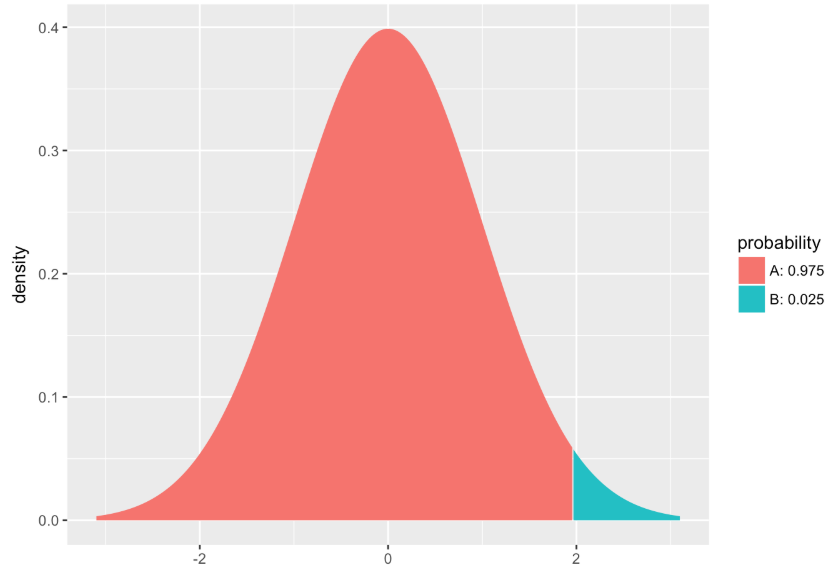 Let’s take a look at the critical t score for different sample sizes.

Indeed, using the t distribution to approximate sampling distributions leads to a slightly wider confidence interval (the lower bound is a little smaller, the upper bound is a little bigger). But at the end of the day, for samples that are fairly large, none of these technical details make a huge difference. That’s why, even after going through all these details, we still think of the 95% confidence interval as being about plus or minus two standard errors from our estimate.

Bottom line, all you need to use is confint(). It will give you the best estimate of the confidence interval regardless of sample size.

One last thing: sometimes you may just want the lower bound of a confidence interval, or the upper bound. If we tell you that the function confint() returns a vector of two numbers (the first being the lower bound and the second, the upper bound) you could probably figure out how to just get one or the other. Run the following code to see what we mean.